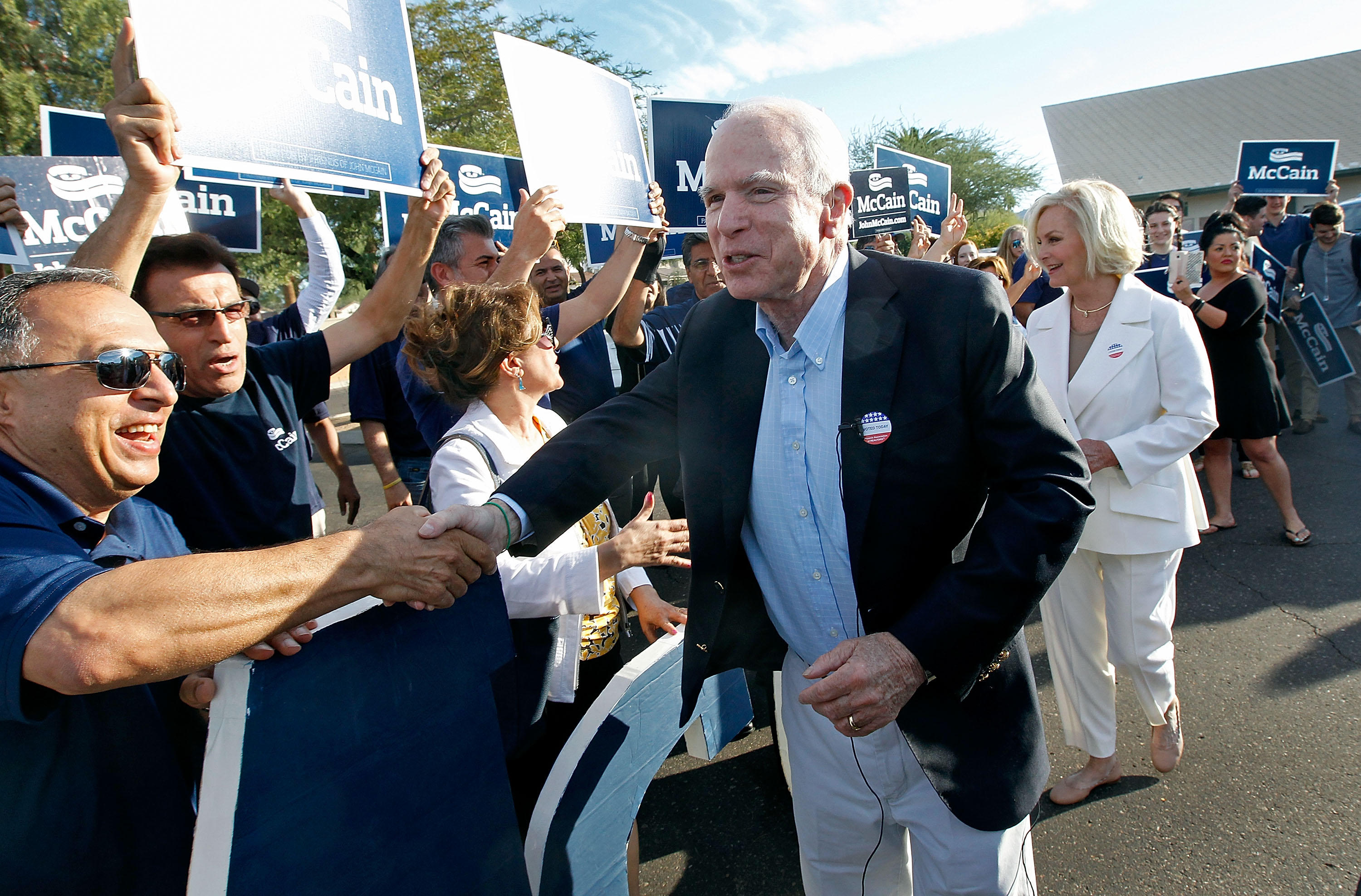 Sen. John McCain, who has been diagnosed with an aggressive form of brain cancer, has received an outpouring of support from current and former lawmakers from across the political spectrum.

The 80-year-old Arizona Republican underwent a procedure last Friday to remove a blood clot above his left eye at the Mayo Clinic Hospital in Phoenix. His office said that the pathology reports revealed "a primary brain tumor known as a glioblastoma."

After his diagnosis was publicly disclosed Wednesday night, President Trump said in a statement, "Senator John McCain has always been a fighter.  Melania and I send our thoughts and prayers to Senator McCain, Cindy, and their entire family. Get well soon."

Former President Obama tweeted that McCain should "give it hell."

Hillary Clinton, the 2016 Democratic presidential nominee, tweeted that McCain is as "tough as they come."

Former Secretary of State John Kerry, who served in the Senate with McCain for many years, also tweeted his support.

Former Vice President Joe Biden, whose son Beau died of the same type of brain cancer, tweeted his support. Biden has been focused on finding a cancer cure.

Former President George H.W. Bush said in a statement, "The Hanoi Hilton couldn't break John McCain's spirit many years ago, so Barbara and I know — with confidence — he and his family will meet this latest battle in his singular life of service with courage and determination."

Sen. Patrick Leahy (D-Vermont) said he was "in tears" when he heard the news.

"John McCain is a hero to our conference and a hero to our country. He has never shied from a fight and I know that he will face this challenge with the same extraordinary courage that has characterized his life," he said. "We all look forward to seeing this American hero again soon."

"John McCain has always been a warrior," he said in a statement. "It's who he is. I know John is going to fight this with the same sheer force of will that has earned him the admiration of the nation. And all of us, not as Republicans or Democrats, but as Americans, are behind him. The prayers of the whole House are with Senator McCain and his family."

Sen. John Thune, R-South Dakota, a member of GOP leadership, told "CBS This Morning" Thursday that the diagnosis made for an "incredibly sad day on Capitol Hill."

Flake called McCain an "incredible mentor" and "a friend", recalling his first moments in the Senate as an intern in 1987, and later after he was elected to office, casting his first votes alongside McCain. "I took my first vote and he let me know that was the wrong vote to take," Flake laughed.