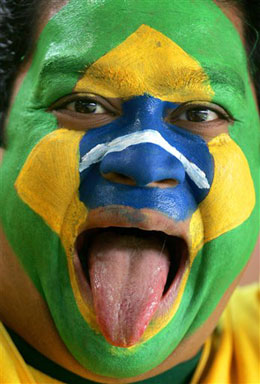 48 Hours found that laws against cyberstalking are virtually meaningless when a stalker is across a state line from a victim.

Online threats are not always carried out. They may even appear to be youthful pranks. But for a young woman in New Hampshire, cyberstalking proved fatal.

Nearly every Friday, the friends, mother and stepfather of the late Amy Boyer gather in Nashua, N.H., at the scene of her murder to remember.

Liam Youens, 21, made his move late one afternoon as Boyer left her job at a dentist's office.

"Amy never knew it was coming," recalls her stepfather, Tim Remsberg. "He waited for her to get into her car and drove up beside her,...put his gun out the window and put it against her window and called her name so that she would look up, and destroyed her."

Boyer's mother and stepfather say their 20-year-old daughter was happy and successful, with everything to live for. She had no idea who Youens was.

"Not a minute goes by that I don't think of her," says her mother Helen. "I can't sleep," she says. "I still can't believe it."

"And to have this happen from a man that we've never even heard his name mentioned in our lives - and why he would hate her this much to do something like this - is just mind-boggling," Remsberg says. "You can't ever understand that."

"The most confusing part of the initial part of the investigation was drawing a correlation between the shooter and the victim," says Nashua Police Detective Sergeant Don Campbell.

The answer to why Youens shot her was hidden behind the locked doors of his bedroom.

"What we found on his computer was a Web site that he had constructed (titled) 'Amy Boyer,' Campbell says. "When we clicked on the Web site, what we saw there was a detailed chronicle of how he had stalked her for years, how he felt about her and how much he wanted to kill her."

Investigators say Youens - who lived with his mother and rarely spoke even to her - had no job, spent hours in his room and poured his soul into his Web site about Amy Boyer.

"I don't know...how many people hit that site, if any at all. But it was out there. And it was available to the public. And that was unsettling," Campbell says.

On the Web site, Youens explained how he had fallen in love with Amy in eighth grade. Later, they had attended the same high school. She had rejected him, he wrote, and he decided then that she must die.

"He actually tells us in advance how this murder is going to happen. And the way he chronicles it in his Web pages is exactly the way he carried it out on October the 15th," Campbell says.

"When she gets in, I'll drive up to the car blocking her in, window to window," Remsberg reads from the Web site. "I'll shoot her with my Glock."

"The police called us to the station...at about 9 o'clock and told us they had information they wanted to share with us," Remsberg recalls of the night of the murder.

"This brings on...a whole new level of...emotions that,...it's like, my God," Remsberg says. "He wrote about this on the World Wide Web."

The Web site existed for about two and half years, Remsberg says he learned. "How could this be out there for that long, and no one have seen it? They said, 'We don't know who saw it. People may have seen it, just didn't report it.'"

At times Youens had two Web sites about his victim, both perfectly legal. They were taken down right after the shooting. The companies that yanked them say they have policies against such sites but no resources to monitor content. Only after the murder did they know what Youens was up to.

"That's where some of the anger comes from, is that the company that he created this on certainly should have known," Remsberg says.

"If we were able to be made aware of this information,...this crime would not have occurred," Campbell says.

Youens had other uses - all legal - for the Web. He bought online the information he needed to track down his victim: her Social Security number, the name of her employer and her work address.

Her stepfather wants all that stopped. "You limit what they can do for a buck," Remsberg suggests. "Don't let them sell someone's personal identification number," he adds. "Why do they get to sell our personal information for their personal gain?"

Boyer's death on that New England side street led her parents to crusade against cyberstalking. But even in the 20 states with laws against it, victims say they often feel helpless.

All the across the country, Deirdre des Jardins, for one, worries about becoming another Amy Boyer. The California graduate student says her state's anti-cyberstalking law has done nothing to stop her ex-boyfriend in Colorado from sending bizarre and threatening messages.

"He never got to point of saying I've got my gun, and I'm in the car, and I'm headed to Santa Cruz, and I'm going to kill Diedre," des Jardins says. "It was always just, you know, some day I really might do this," she says. "If you're quiet, I might not kill you. And then again I might."

48 Hours found that laws - always hard to enforce - are virtually meaningless when the stalkers are across state lines and when threats are only implied.

"We've taken her complaint seriously from the beginning," says Jan Tepper, the police chief at the University of California at Santa Cruz. Yet she says her hands are tied.

"You know a lot of things he wrote were very disturbing," Tepper adds. "The problem is that what he wrote din't meet the threshold required to establish a crime."

But the threats are clear enough to des Jardins, who wonders what it would take for action: "If this person shows up on campus with a gun,...it'll be too late."

Writer Jayne Hitchcock also remembers what it's like to be that scared. "It drove me to get a gun for myself," she reveals.

"Once this all began happening and I began to feel really unsafe. I decided I'd rather have something...to protect me, learn how to use it and use it well," Hitchcock explains.

Stalkers targeted Hitchcock three years ago after she tipped off authorities to a scam on the Internet. She got it shut down but not before her mailbox was bombarded and insults emailed to her employer under her name.

"It escalated to all sorts of things, including putting my name, my home address and my home phone number on the Web, and saying that I would be available for sex anytime, day or night," she recalls.

Her stalkers finally were caught.

Hitchcock's nightmare led her to start a Web site for other stalking victims. "We get over 100 people a week emailing for help," she says. "They're being bothered in chat rooms, through email, news groups, mailing lists, message forwards. You name it. And they just don't know how to stop it."

There is no typical victim, she explains. "They're anywhere from late teens on up," she adds. "I had one woman get in touch with me; she's in her late 60s." She notes, however, that they are mostly women.

What does Hitchcock suggest? "If they're at the stalking stage and not just the harassment stage,...we'll advise the victim to either get a lawyer and file charges," she says. "Or to go to their local or state police."

Hitchcock has an answer for those who propose turning off the computer: "You can't just tell someone to turn off their computer," she says. "You don't tell a real-life stalking victim, 'Well, don't leave the house.' It makes the same sense. I shouldn't have to turn off my computer."

"I shouldn't have to be stuck in my house because someone is trying to ruin my life," she adds. "I should be able to do whatever I want. They should not be able to get away with harassing or stalking me."

FindJodi: The decades-long search for a missing TV news anchor
Thanks for reading CBS NEWS.
Create your free account or log in
for more features.
View CBS News In
CBS News App Open
Chrome Safari Continue
Be the first to know
Get browser notifications for breaking news, live events, and exclusive reporting.