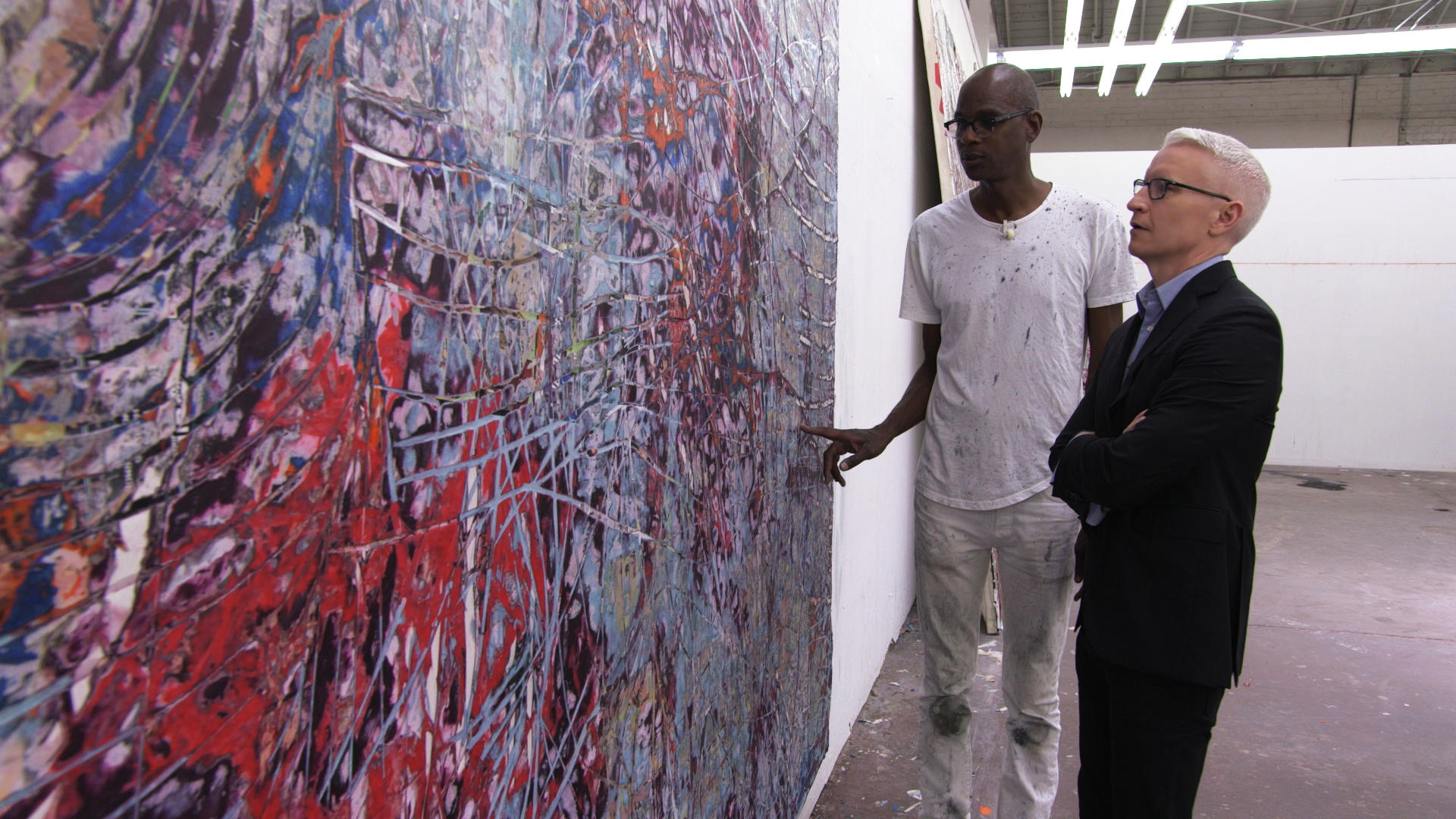 "I see this 6'8" guy dressed as a housepainter," Anderson Cooper says about the first time he met artist Mark Bradford, whom he profiles this week on 60 Minutes.

Bradford, who is typically dressed in a white t-shirt and white jeans, showed Cooper around his art gallery in Los Angeles, and described his distinctive way of making art.

"He uses paper like paint. He makes it malleable. He blends colors together from paper," Anderson says. "I thought it was incredible."

In 2016, Cooper bought a 2003 Bradford painting called "The Hood is Moody." The work is largely made from end papers, a tissue-like material that Bradford knows well from years of working at his mother's hair salon.

"What's interesting, I think, about the end paper paintings is that -- I think they're beautiful," Cooper says. "Mine has two sneakers in the lower part of it, which I really like."

The video above was originally published on May 12, 2019. It was produced by Ann Silvio and Lisa Orlando and was edited by Lisa Orlando.

An update on NASA's plans to go back to the moon