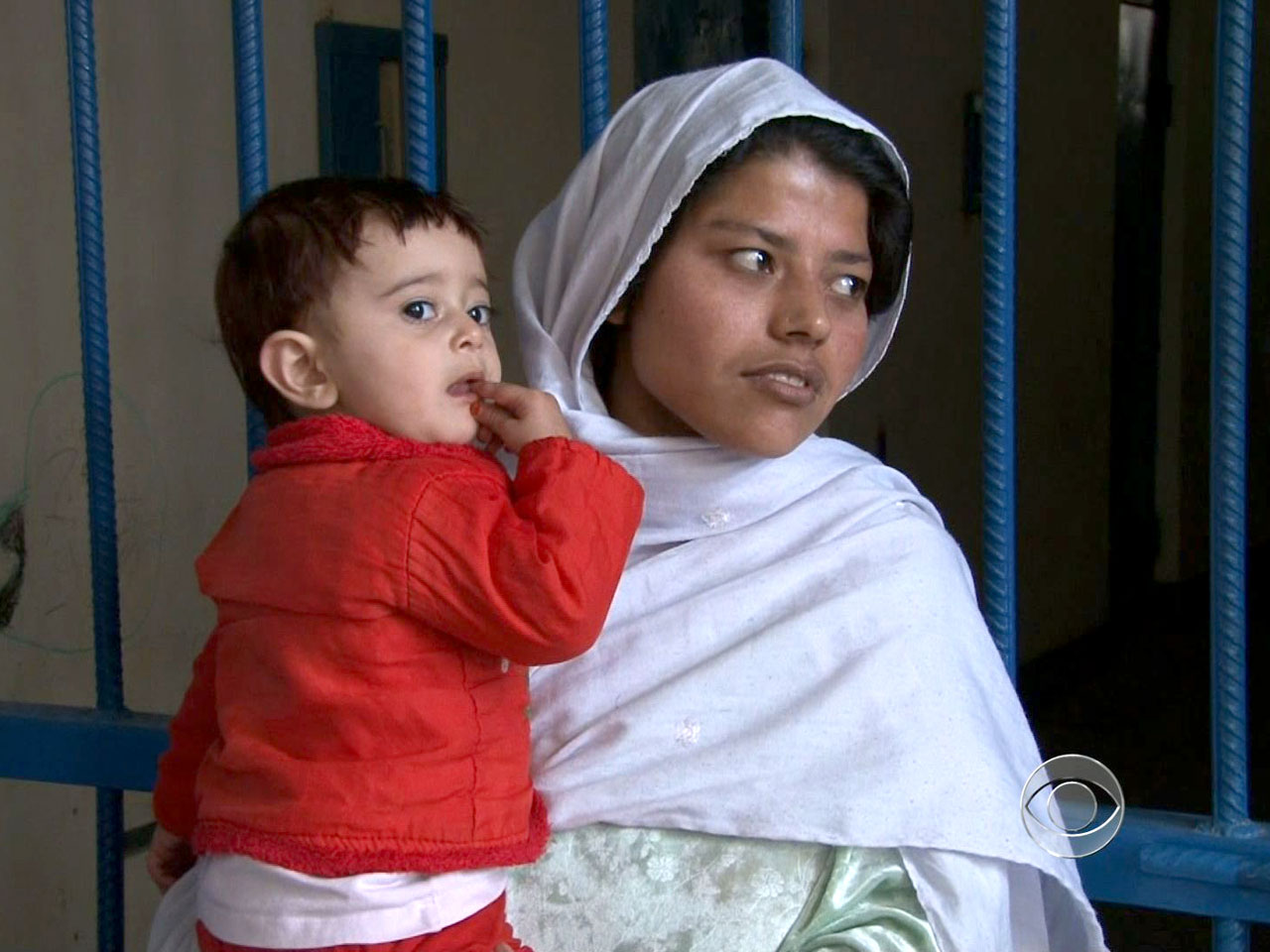 Much has changed in Afghanistan since the U.S. invasion 10 years ago. But in many ways, women are no better off than they were when the Taliban ruled.

CBS News correspondent Mandy Clark reports there is a young woman there who has been in prison for two years for hard-to-believe crime under Afghan law.

Gulnaz was 19 years old when she was tied up and raped by her cousin's husband. The attack left her traumatized and pregnant. But when she reported it to the police, instead of being protected, she was thrown in jail.

"I do feel like I am being punished twice. I don't know why Afghanistan has this law," she said through a translator.

Her attacker was married, so she was sentenced to three years for adultery. She gave birth to a daughter, Mushgan, on the prison floor over a year ago.

Motley is an American lawyer representing Gulnaz. She took on her case to highlight the injustice and prejudice Afghan women face.

"Culturally, it's okay to charge someone who's been raped with adultery because, indirectly, they must have consented to it," Motley said.

Gulnaz only has three options: One is to stay in jail; two is to marry her rapist to legitimize her daughter; the third is to live underground and face death threats for the rest of her life.

Death threats happen because a woman's reputation is everything in this ultra-conservative society. Women are often shunned or even killed for bringing dishonor to the family. More than 300 women currently in prison face a similar situation. But what makes Gulnaz's case different is that she's received a presidential pardon due to the publicity around her case.

Given her options, Gulnaz has decided to marry her rapist, becoming his second wife, and trading her cell for what she believes is another kind of prison.

"Yes, he ruined my life but I have no other options. It is because of my daughter that I am doing this," she said.

Getting married is the only way she can ensure a future for her daughter.

Additionally, in another strange twist, under Afghan law, the man can't marry until he's free. So Gulnaz, the victim, has to officially forgive him -- to get him out of prison -- so they can marry.