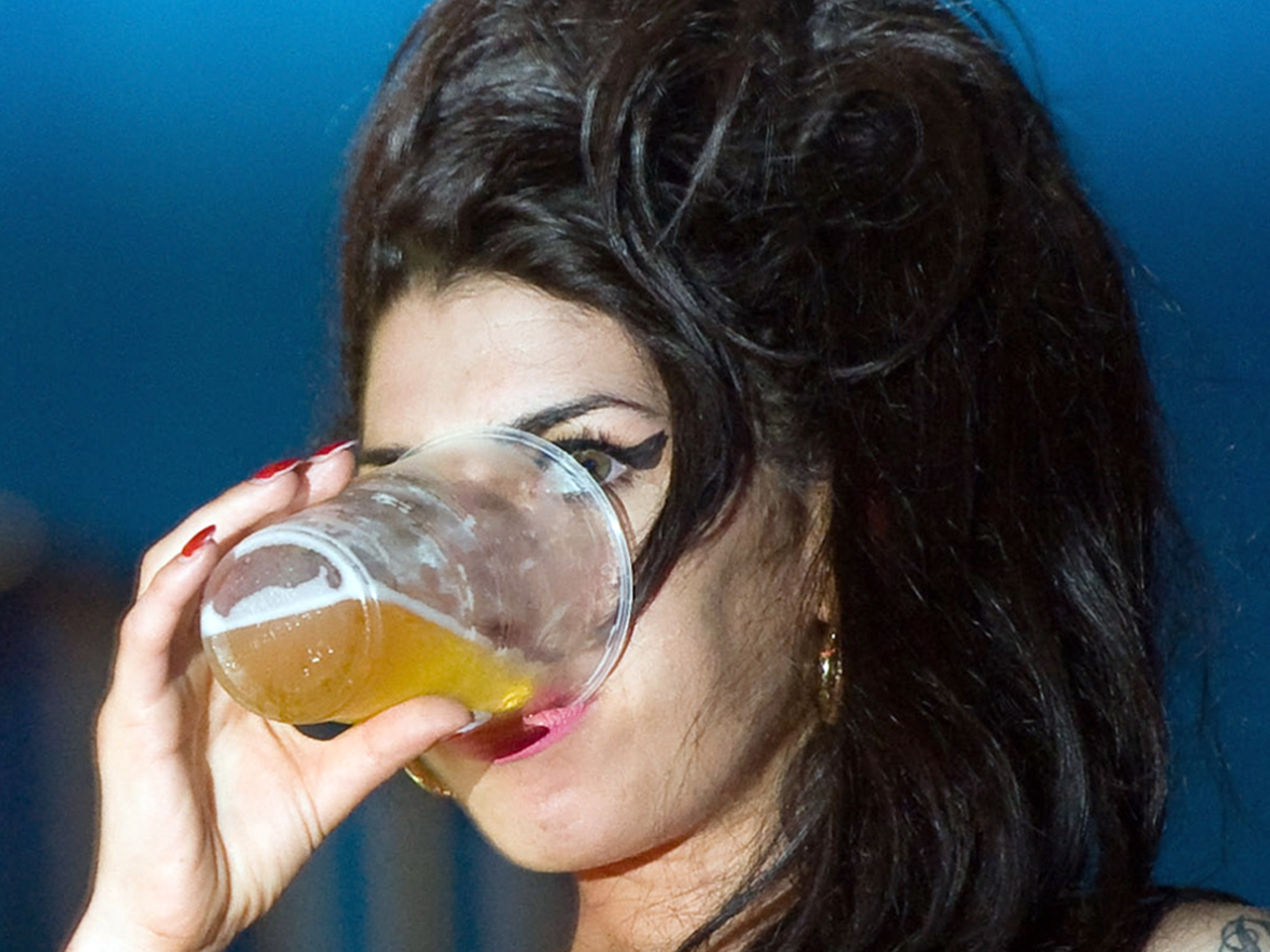 (CBS/AP) "Death by misadventure." That was an English coroner's curiously quaint way of saying Amy Winehouse drank herself to death. The troubled singer was found with empty vodka bottles in her room and more than five times the legal limit for drinking in England, coroner Suzanne Grennaway said on Wednesday.

PICTURES - 14 "facts" about drinking: Are you misinformed?

Winehouse was 27 when she was found dead in her London home on July 23. She had fought a long and public battle with drug and alcohol abuse, and some speculated she died from a drug overdose. But a pathologist said the small amount of a drug prescribed to curb symptoms of alcohol withdrawal had nothing to do with her death.

Instead, a resumption of heavy drinking killed the singer, who was best-known for her tall beehive hairdo and Grammy-winning album "Back to Black."

Winehous's blood contained 416 milligrams of alcohol per 100 milliliters at the time of her death, pathologist Suhail Baithun said. That equals a a blood alcohol level of 0.4 percent. The British and U.S. legal drunk-driving limit is 0.08 percent.

"Many people don't realize that alcohol can kill you if taken in large enough doses," substance abuse expert Dr. Scott T. Walters, professor of behavioral and community health at the University of North Texas Health Science Center, told CBS News in an email. A depressant, alcohol can slow vital functions like breathing and heart rate to the point they stop.

There is no minimum dose for acute alcohol poisoning and the condition varies depending on a person's age, gender, and weight. In recent years, the 5-foot-3-inch Winehouse had appeared extremely thin.

Walters wouldn't speculate on the particulars of Winehouse's death but said a 110-pound woman could reach a potentially lethal blood-alcohol level by downing about 15 ounces of vodka within an hour's time.