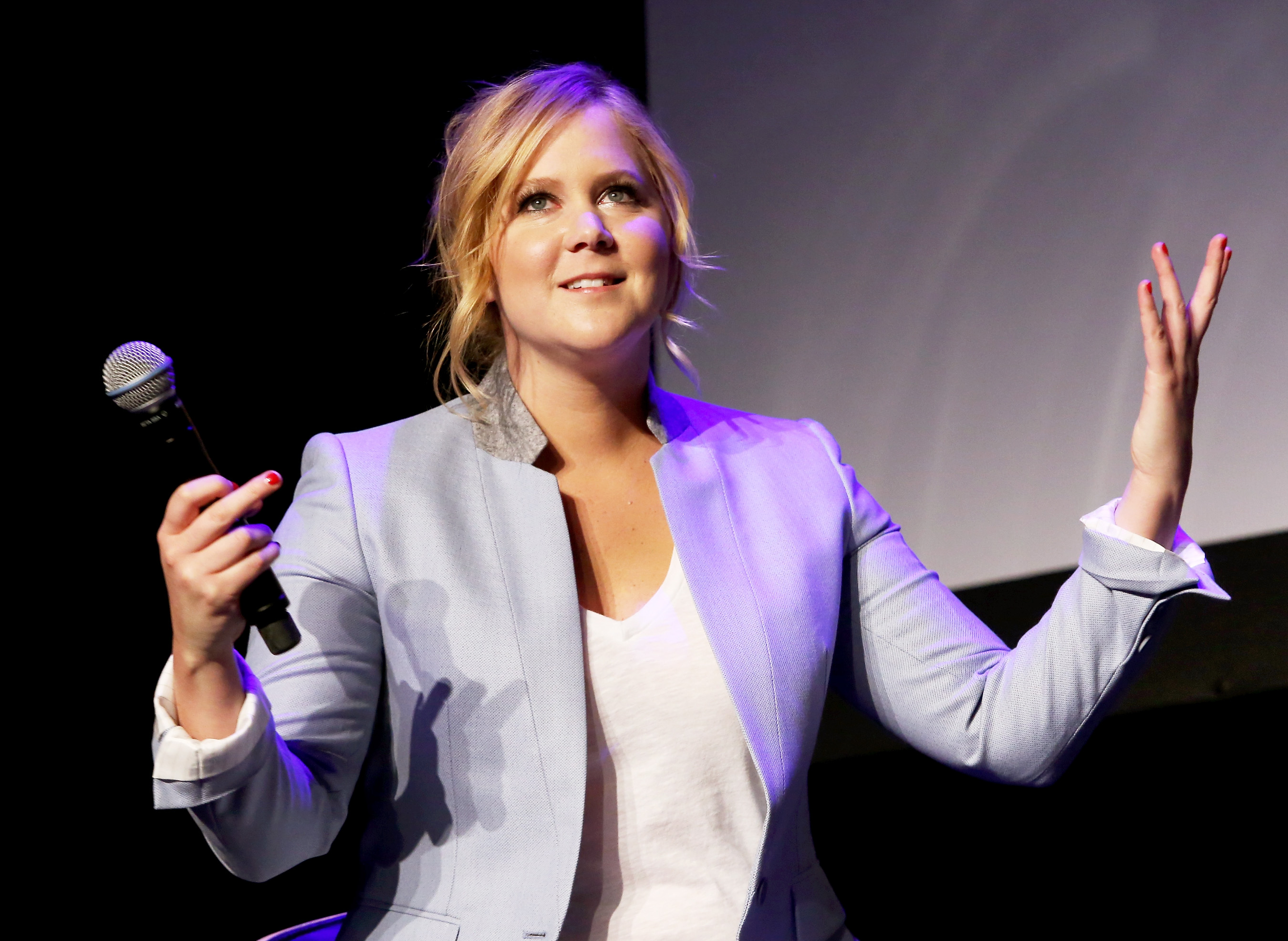 Amy Schumer is firing back.

After a mashup video suggesting that Schumer had stolen jokes from several comics, including the late Patrice O'Neal, went viral, the 34-year-old took to Twitter to defend herself.

"On my life, I have never and would never steal a joke," Schumer wrote on Wednesday.

"I'm literally gonna take a polygraph test and put it on my show ["Inside Amy Schumer"] this season," Schumer said during an appearance on Jim Norton's SiriusXM radio show. "I promise whatever the results are, I won't let them cut -- I will show that I had never seen Patrice do that bit."

Schumer went on to slam one of the comics, Tammy Pescatelli, featured in the since-removed mashup video.

"I had definitely never seen Tammy Pescatelli -- like, I didn't happen to catch her 2006 Comedy Central special and sit on that bit 'til I got a movie. Like, I sat on that bit for nine years and then was like, 'Here's my chance to steal that Tammy -- the famous Tammy P -- bit,'" she said. "This is what happens -- people build people up and then they like to rip them down when they're experiencing some success."

In a since-deleted tweet, Pescatelli allegedly wrote: "What has always been amazing to me is that she purports to be a feminist and yet only steals from other female comedians. If we call her on it we are 'jealous' or career shamed. Be successful. WE want you to do well, just do it with your own material. BTW she blocked me."

ET has reached out to Pescatelli's rep for comment.

Schumer addressed the response head-on during her sit-down with Norton.

"I think she's upset. I blocked her on Twitter a couple years ago because she was unkind to my best friend, Rachel Feinstein, a comedian," Schumer said. "I didn't like how she treated Rachel and I'm a very loyal friend, so I was like, 'I don't want to talk to that chick.' And I don't think she's got much going on -- this is my guess. I dunno, maybe she has nine deals."

"We got along fine. I opened for her on the road in like 2007 and like totally just bombed beyond all recognition. I've never watched Tammy's specials or anything. But I think people get upset by success," she continued. "I think it makes sense. You see someone that you used to identify with and now all of the sudden, you think, 'I don't think I like her anymore. She's doing too well and she's gotten a big head or something.' And I haven't."

Another one of the comedians featured in the video package, Wendy Liebman, initially lamented that Schumer is "doing one of my best jokes on her HBO special," but later offered up a bit of defense for the "Trainwreck"star.

"I never said @amyschumer stole my joke," she wrote. "I just said it was the same. It's possible we both wrote it. I just wanted you to know I wrote it first."

Schumer's pal Aziz Ansari is among those coming to her defense on social media.