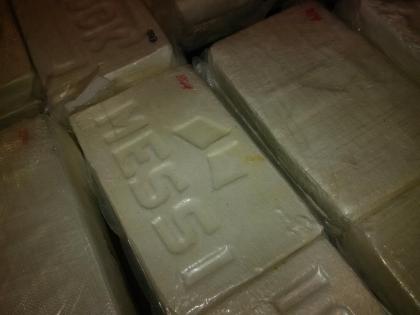 NEW YORK -- A private in the U.S. Army Reserves and another man face drug-related charges after authorities made busts in the Bronx Thursday, turning up 136 pounds of cocaine valued at $3 million that they believe was shipped from Boston to New York.

Authorities said a rental car with 110 pounds of cocaine inside was pulled over around 6:15 p.m. Thursday. Xavier Herbert Gumbs, 24, who was a passenger in the vehicle, was arrested.

In another Bronx neighborhood about an hour later, police arrested 23-year-old U.S. Army Reserves Private Mark Soto after he took a duffel bag out of the trunk of a vehicle and authorities spotted what appeared to be an open box containing cocaine.

They believe the drugs were shipped to New York City from Boston. Bot suspects live in Puerto Rico.

An ongoing investigation by state and federal prosecutors identified the pair as members of a major narcotics trafficking network, according to CBS New York.

Soto and Gumbs were arraigned Friday in Manhattan on charges of criminal possession of a controlled substance. Bail was set at $400,000.