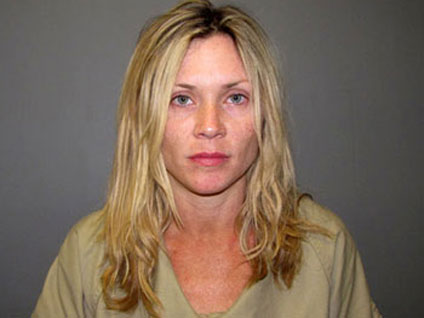 SOMERVILLE, N.J. (CBS/AP) Amy Locane, an actress who appeared on the TV show "Melrose Place," was indicted Thursday on charges stemming from a fatal car crash in New Jersey.

The indictment charges 39-year-old Amy Locane-Bovenizer of Hopewell with aggravated manslaughter and assault by auto, reports The Courier News of Bridgewater.

Police say that Locane-Bovenizer, who changed her name after getting married in 2008, was driving drunk June 27 when she smashed her SUV into the passenger side of a sedan as it was turning into a driveway in Montgomery Township, N.J., about 10 miles north of Princeton. The driver, Fred Seeman, was hospitalized in critical condition; his wife Helene died at the scene.

DeMarco said responding officers smelled alcohol and reported that the "Melrose Place" actress's eyes were bloodshot and glassy, and her speech was slurred. She was arrested and transferred to University Medical Center in Princeton, where her blood was tested, according to the New Jersey Star-Ledger.