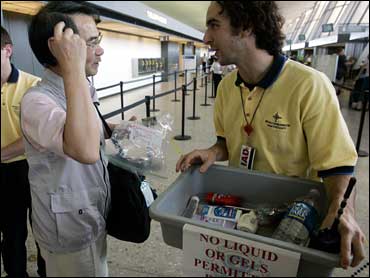 For those who listened to music in the '60s, bossa nova is a familiar term. It's Brazilian samba-like music that filled the airwaves back then.

In the movie Bossa Nova, Irving plays an English schoolteacher leaving in Brazil who is surprised to rediscover love (and a few laughs) in her 40s.

"Well, for women, you know, it just gets better!" says the actress. "They're supposed to reach their sexual peak in their 40s. I'm sorry about the men. You may as well enjoy it now while you got it - while you're younger!"

Irving defines Bossa Nova as "a screwball romantic comedy in which about 8 characters intermingle, the central place being my character, Miss Simpson's, English course."

"I mean, you walk off the plane, and your blood temperature gets hotter. It's in the air. It's a very sensual, sexual place," she adds.

She likes working with her husband, who directed the movie.

"Bruno and I do much better when we're on the set," says Irving. "When we work together, he's the director, I'm the actress. I'm there to realize the director's vision, so I'm putty in his hands. It's the one time he has the final say and he's the boss."

She is grateful to her husband for making a romantic comedy about a woman who is over 40.

"I mean, men from South America, from Europe, they don't look at women over 40 as not beautiful, as not sexy," explains the actress. "I think that they just get more beautiful and more sexy, and Bruno wanted to celebrate that in his film."

Irving counts Carrie, her first movie, as the one that put her on the map. And it helped to be nominated for an Oscar in 1983 for her supporting role in Yentl.

"It's just kind of like a little badge, you know, when you're a Girl Scout and you get a badge," she explains. "It's a nice little actor's badge. I like having it."

"I would sneak into the audiences in the back, and I would hear people laughing. And at the end, you see people kissing because it brought so much romance into them," she says. "That feels so great. I mean, the results can sometimes be such a high."

Meanwhile, Irving has another new film in the works, Traffic. That movie, which stars the newly engaged Michael Douglas and Catherine Zeta Jones, is about the war on drugs in the U.S.