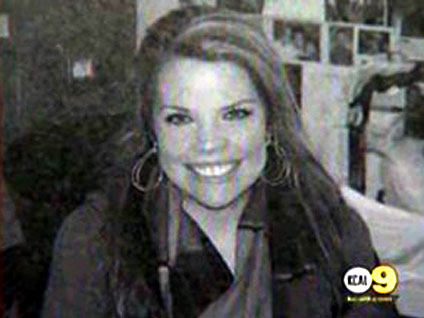 BURBANK, Calif. (CBS/AP) Amy Beck, a teacher at David Starr Jordan Middle School, surrendered to the Burbank Police Department on Monday for allegedly having sex with one of her students. The sexual encounters allegedly occurred over a period of several months.

The 33-year-old English and social science teacher was booked on suspicion of lewd or lascivious acts with a child of 14 or 15 years and was held on $400,000 bail, Burbank police Sgt. Robert Quesada said to CBS affiliate KCAL.

"She said she had sexual relations with one of her students," Quesada said.

Police interviewed the boy "and confirmed that the acts did occur" between March and September of 2009.

Burbank police spokesman Keith Sterling told The Associated Press the boy was 14 at the time.

Prosecutors say the married mother of three faces up to seven years in prison if convicted of all charges.

Anyone with information on the case was urged to call Burbank police Detective Wally Schilling at (818) 238-3254.