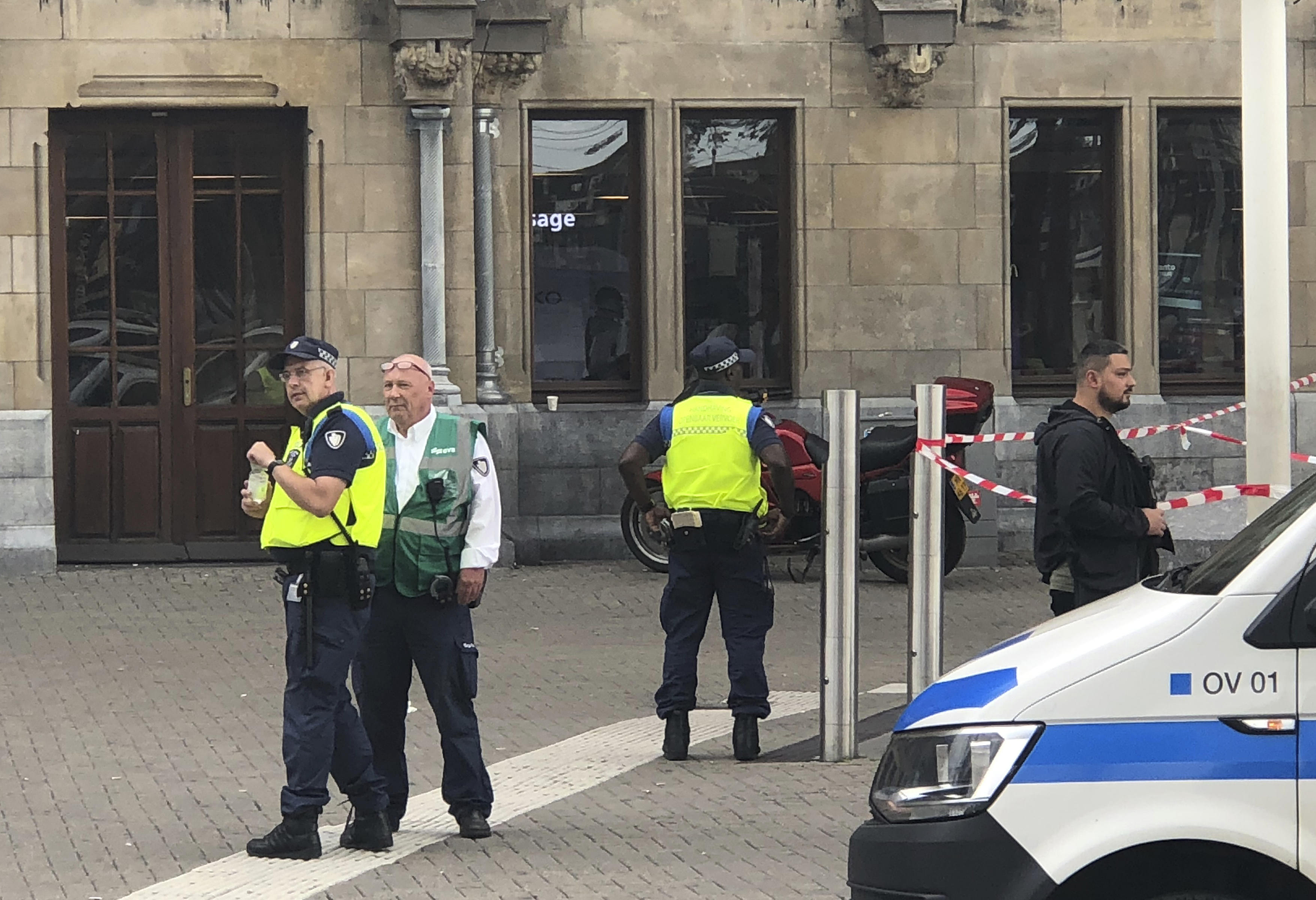 AMSTERDAM — Police investigators in Amsterdam included an extremist attack as a possible motive for the stabbings of two people at a busy railway station Friday as authorities in the Dutch capital reported that a suspect shot by police is an Afghan citizen. The 19-year-old man was questioned late Friday at a hospital where he was being treated for gunshot wounds, Amsterdam City Hall said in a statement.

The people stabbed at Central Station around noon also were being treated in a hospital. Their injuries were serious, but not life threatening, according to the city's statement. Neither they nor the suspect were identified.

"The victims were not chosen deliberately or with a clear reason," Amsterdam authorities said. "The investigation is still underway, and all scenarios remain open for the investigation team."

The suspect has a German residence permit, and Amsterdam police were in contact with authorities in Germany to find out about his background, according to the city government. The stabbings occurred shortly after noon -- 6 a.m. ET -- at Central Station in downtown Amsterdam when a man walked into a group of people.

"Something happened, we don't know yet what, but during that two people were stabbed and one person with a knife in his hand walked away and he was shot by police," police spokesman Rob van der Veen said.

Central Station is a busy entry and exit point for visitors to the Dutch capital, with regular trains linking it to the city's Schiphol Airport. The station is used by an estimated 250,000 travelers daily, BBC News reports.

Two platforms were temporarily closed to train traffic, but the station wasn't evacuated. Trams to and from the square in front of the station were stopped as police and emergency services converged on the area. Red and white police tape kept members of the public away from the scene.