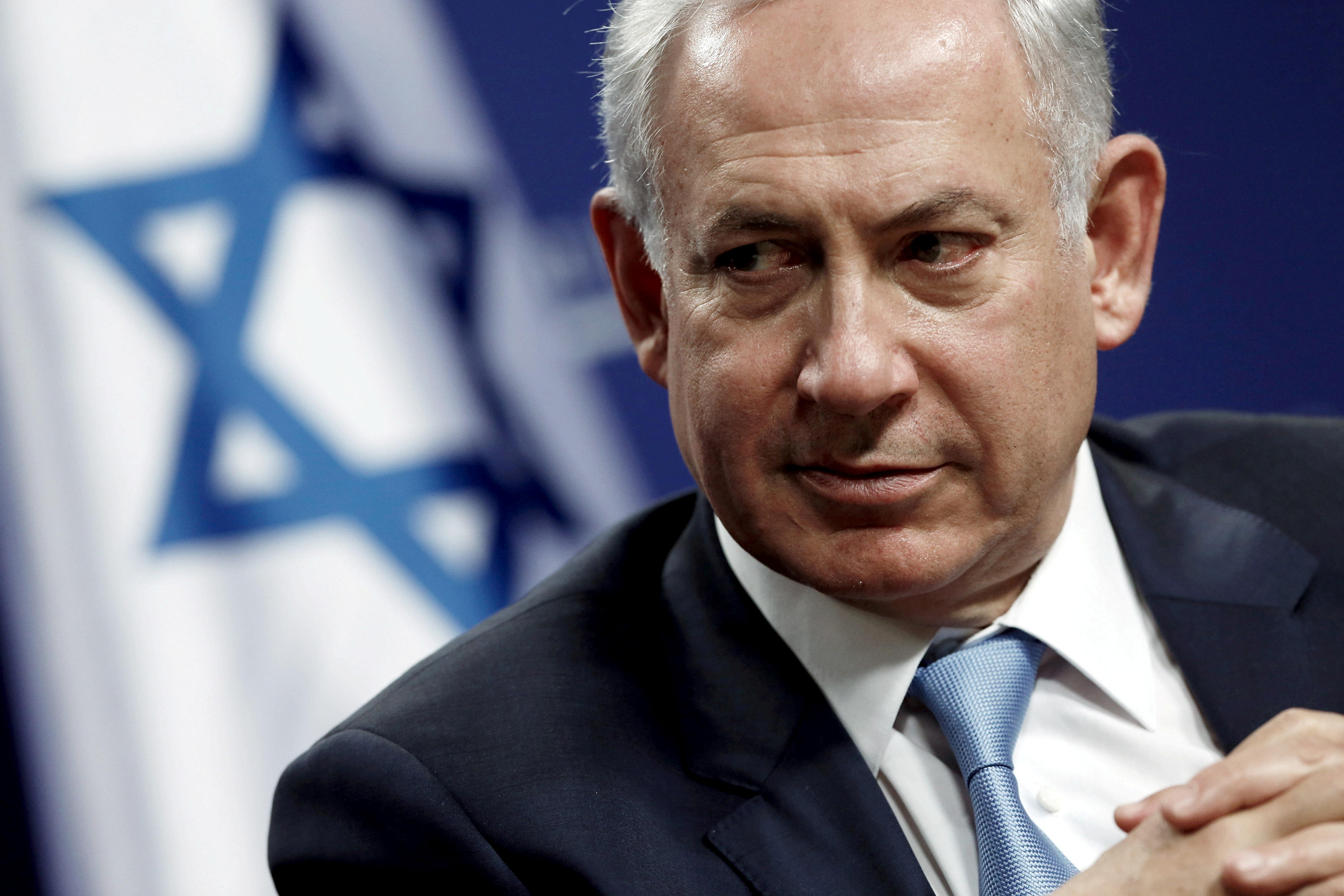 Benjamin Netanyahu spoke as Israeli forces were completing theevacuation of the Amona outpost on Thursday.

Israeli police broke into a synagogue where about 200 Israeli protesters had barricaded themselves in Amona, as authorities sought to complete the court-ordered evacuation of the unauthorized settlement that began Wednesday.

The police later began dragging young protesters out of the building.

Police said protesters had lightly injured at least 24 officers throughout the evacuation, and 13 young protesters were arrested.

A symbol of settler defiance, Amona was the largest of about 100 unauthorized outposts erected in the West Bank without formal permission but with tacit Israeli government support.

Netanyahu’s government, dominated by settler allies, tried to block the evacuation but was overruled by the country’s Supreme Court, which determined that Amona was built two decades ago on private Palestinian land.

Netanyahu described the uprooting of Amona as difficult and assured those attending a ceremony in the West Bank settlement of Ariel that “we will establish a new settlement on state land.”

“We will act so that it happens as soon as possible,” Netanyahu said. He did not say when or where the settlement would be established.

The election of Donald Trump, who has promised to be far more supportive of Israel than his predecessor, has emboldened Israel’s settlement movement. His campaign platform made no mention of a Palestinian state, a cornerstone of two decades of international diplomacy in the region, and he has signaled that he will be far more tolerant of Israeli settlement construction.

Mr. Trump’s pick to be the next U.S. ambassador to Israel, New York lawyer David Friedman, is a supporter of Jewish settlement expansion. Mr. Trump’s choice of Friedman was blasted as “reckless” by some liberal Jewish groups, and decried by Palestinians.

Mr. Trump has also drawn outcry from Palestinian leaders with a campaign trail promise to move the U.S. embassy in Israel from Tel Aviv to the contested city of Jerusalem, which both Israel and the Palestinians claim as their rightful capital.

While readying to evacuate Amona, Israel announced plans to build 3,000 homes in the West Bank late Tuesday. The Palestinians claim the territory along with east Jerusalem and the Gaza Strip, captured by Israel in the 1967 Mideast war, as parts of a future independent state -- a position that has wide international backing.