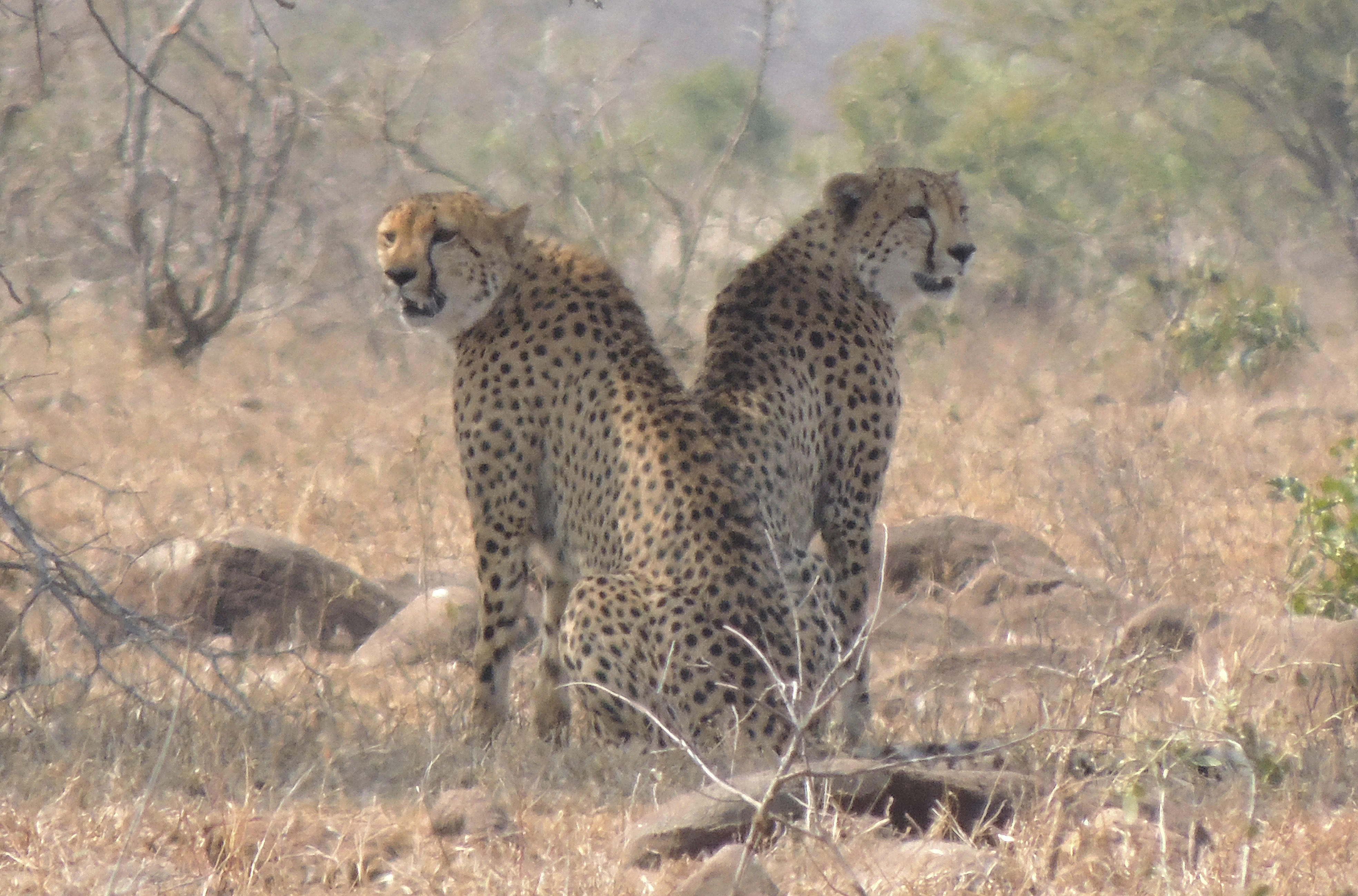 JOHANNESBURG -- Amid population declines for many wildlife species in Africa, conservationists are sounding alarm bells for the cheetah, the fastest animal on land.

An estimated 7,100 cheetahs remain in the wild across Africa and in a small area of Iran, and human encroachment has pushed the wide-ranging predator out of 91 percent of its historic habitat, according to a study published on Monday.

Consequently, the cheetah should be defined as “endangered” instead of the less serious “vulnerable” on an official watch list of threatened species worldwide, the study said.

“This period is really crunch time for species like cheetah that need these big areas,” said Sarah Durant, a cheetah specialist at the Zoological Society of London and the lead author of the report published in the journal Proceedings of the National Academy of Sciences.

About 77 percent of cheetah habitats fall outside wildlife reserves and other protected areas, the study said, requiring outreach to governments and villages to promote tolerance for a carnivore that sometimes hunts livestock.

Besides habitat loss, cheetahs face attacks from villagers, loss of antelope and other prey that are killed by people for their meat, an illegal trade in cheetah cubs, the trafficking of cheetah skins and the threat of getting hit by speeding vehicles.

A cheetah has been recorded running at a speed of 29 meters (95 feet) per second. The species may move more slowly while hunting and it can only maintain top speeds for a few hundred meters.

More than half of the world’s cheetahs live in southern Africa, including in Namibia and Botswana, which have relatively sparse human populations. Cheetahs have been virtually wiped out in Asia, save for fewer than 50 in Iran, according to the study, whose contributors included the Panthera group and the Wildlife Conservation Society.

Durant said there was uncertainty over the 7,100 number, which was based on data from experts in areas where cheetahs live and estimates for other areas. Cheetahs are difficult to find because they move over vast regions, she said.

Durant also led a previous assessment of nearly 6,700 cheetahs published last year by the International Union for Conservation of Nature, which keeps a watch list of threatened species. Since then, experts have provided new information and refined counting methods, contrasting with rough estimates in the 10,000-range in recent decades.

The cheetah population in Zimbabwe declined from an estimated 1,500 in 1999 to between 150 and 170, according to a survey conducted between 2013 and 2015 by a group called Cheetah Conservation Project Zimbabwe. The group solicited cheetah photographs and reports of sightings from tourists, safari guides and others and interviewed more than 1,000 people, including village heads and cattle managers.

Cheetah experts note that Angola is developing a plan to protect cheetahs and African wild dogs. That could yield better data on cheetah numbers in a country where information has been thin, said Rosemary Groom, a conservationist who participated in an October workshop on the subject in Angola’s Quicama National Park.

Despite habitat loss across the continent, the Mara area in southwest Kenya and in the adjacent Serengeti National Park in Tanzania still offers a refuge, said Femke Broekhuis, head of the Mara Cheetah Project. Recent data from a GPS collar on one Mara cheetah showed that it traveled 12 miles overnight, she said.