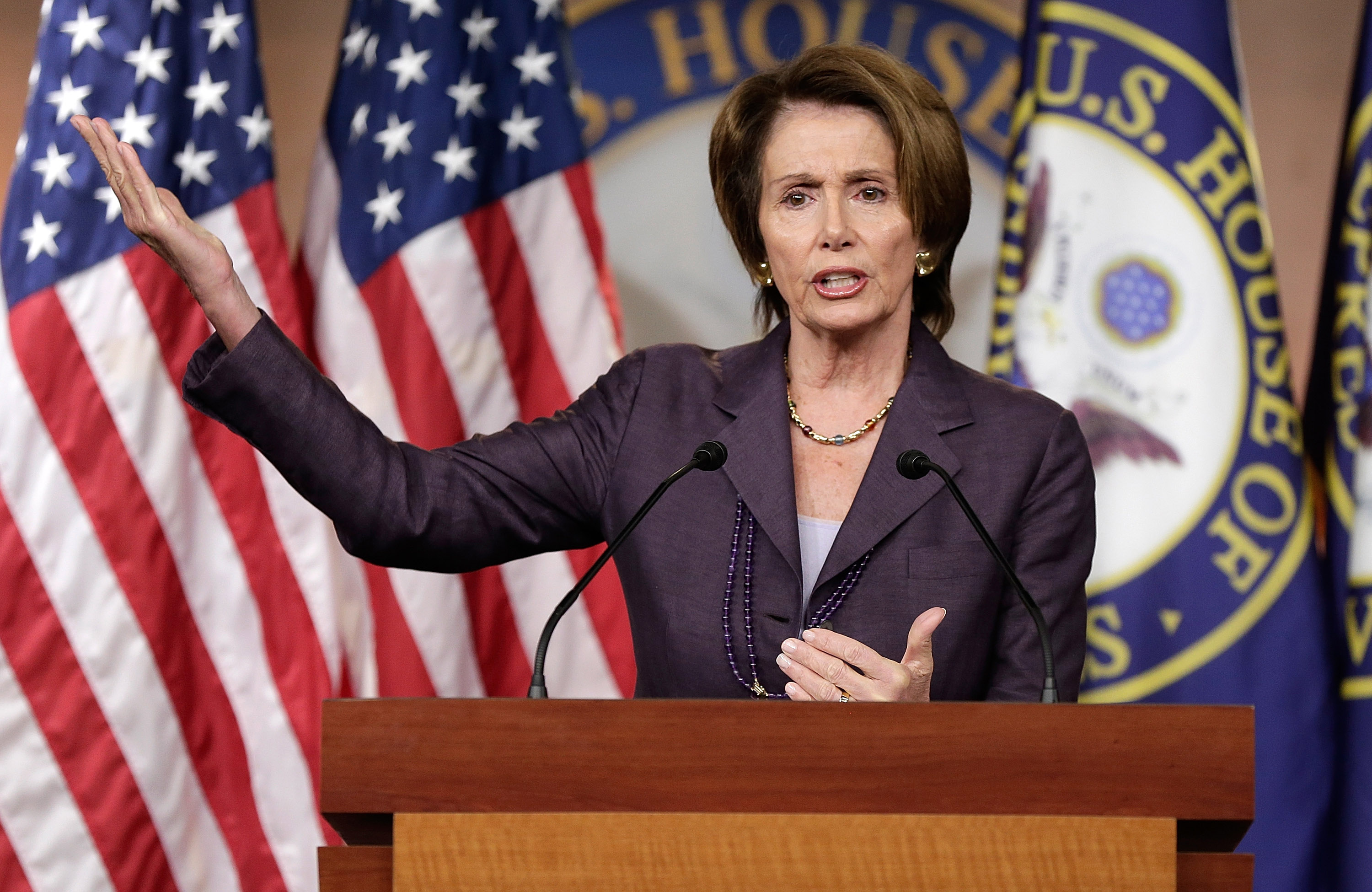 Three weeks after its launch, House Democrats on Wednesday huddled with White House officials to review the persistent problems with HealthCare.gov. They called for some accountability while remaining upbeat about the rollout of the new state-based health insurance marketplaces.

"I absolutely believe somebody should be held accountable" for the dysfunctional federal Obamacare website, said Rep. Xavier Becerra, D-Calif., chairman of the House Democratic Caucus. Still, he added, "We're not interested in hearing about glitches, we're interested in moving forward."

The House Democrats were briefed by Julia Bataille, the communications director for the Centers for Medicare and Medicaid, and Gary Cohen, the director of the Center for Consumer Information and Insurance Oversight in the Health and Human Services Department.

"I don't believe the president's going to allow days and weeks to go by without marked improvement in the website's capabilities," Becerra said after the meeting. "We were told today folks are working very hard within the White House and within Health and Human Services... to make sure they have the right resources in the right places."

"I have faith in technology," she said. "And while there are glitches, there are solutions, as well."

After learning about the House Democrats' briefing on the website House Republicans arranged for a briefing with administration officials as well. In the meantime, they are ratcheting up their criticisms of the flawed website and using it to attack the entire health care law.

Boehner predicted that this November "more Americans are going to lose their health care than are going to sign up."

House Majority Leader Eric Cantor, R-Va., said the website rollout was "nothing short of a debacle," and the administration's response has been "unsatisfactory." Because of the "many unanswered questions and problems arising this rollout," Cantor said, "Republicans remain committed to delaying that mandate tax of Obamacare."

At least one congressional Democrat, Sen. Jeanne Shaheen, D-N.H., has suggested the administration " to try to fix the problems. Health policy experts tell CBSNews.com the administration has until around mid-November to fix the problems before there's serious risk of low enrollment in the new marketplaces, making the new markets potentially unsustainable.

In an interview with CNN on Tuesday night, Health and Human Services Secretary Kathleen Sebelius insisted that President Obama only learned of the site's problems after its launch. And while the administration had three-and-a-half years since the Affordable Care Act's passage to build HealthCare.gov, Sebelius suggested it wasn't enough time.

House Republicans are waiting for Sebelius to testify on the website rollout, but in the meantime, they'll hear from others involved in the process. The House Oversight Committee on Tuesday sent out another round of letters demanding answers about the Affordable Care Act, this time to tech companies like Verizon Enterprise Solutions, Google, Microsoft, Oracle, and Expedia. The letters ask the companies if they've been involved in improving the website and if so, how.

The House Commerce Committee is holding an Obamacare hearing Thursday entitled, "PPACA Implementation Failures: Didn't Know or Didn't Disclose?" Additionally, the House Committee on Ways and Means announced Wednesday that it will hold a hearing on the matter next week.

Democrats on Wednesday maintained that they're looking for solutions, suggesting that Republicans are just interested in pointing fingers. "We want the process to improve, but we're not interested in torpedoing the process," Becerra said.