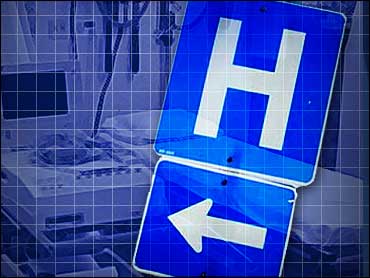 While the U.S. is taking on health care reform, HealthGrades, an independent health care ratings organization, is keeping track of which hospitals fall into the top tier when it comes to low mortality rates.

HealthGrades named America's 50 Best Hospitals for 2010 in its annual report, which examined objective patient outcomes over three years at all 5,000 of the nation's nonfederal hospitals.

Their research found the 50 Best Hospitals had mortality rates that were, on average, 27 percent lower than other hospitals.

HealthGrades points out that its list was not based on hospital quality or reputation or other subjective measures.

According to the annual report, hospitals must have had risk-adjusted mortality and complication rates that were in the top 5 percent in the nation for the most consecutive years, indicating sustained, outstanding patient outcomes. (Individuals can see whether their local hospitals are among the 50 Best at HealthGrades.com.

"These hospitals are setting national benchmarks for excellence in clinical quality, and as we continue to debate health care reform, they should stand as institutions to be learned from and emulated," said Dr. Rick May, a HealthGrades vice president and an author of the report.

Which states made the cut?

The fourth annual report compared the HealthGrades America's 50 Best Hospitals with all others and found:

• If all hospitals performed at the level of the HealthGrades America's 50 Best, 164,964 deaths and 18,900 inhospital complications could have potentially been prevented among the Medicare population over the three years studied.

For this analysis, mortality or complication rates were evaluated for the following 26 procedures and treatments: