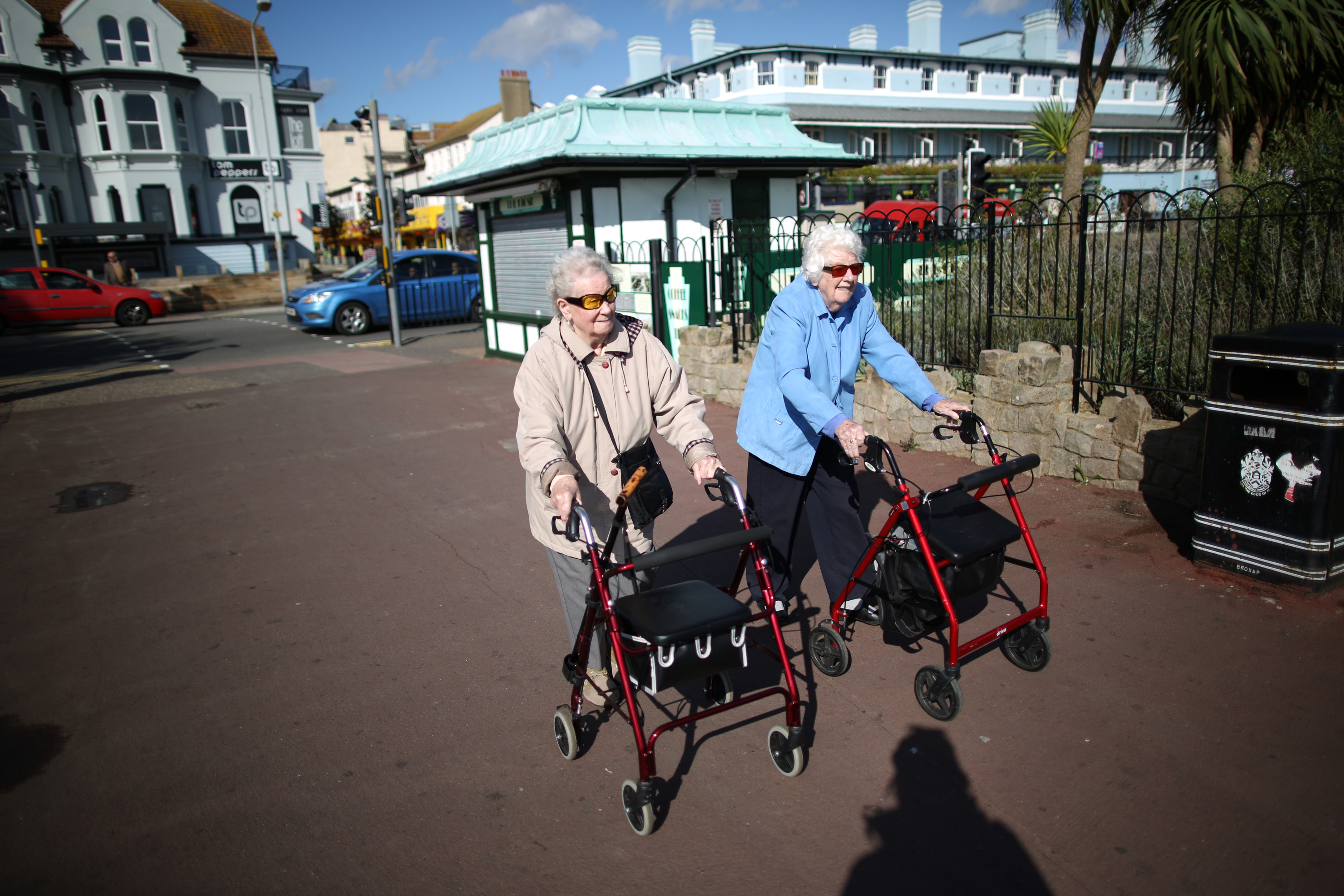 Americans are living longer than ever before, according to a new government report filled mostly with good news. U.S. life expectancy inched up again and death rates fell.

Rates also dropped or held steady for nearly all the leading causes of death. The one exception: The suicide rate reached its highest point in 25 years. That figure has been increasing since 2000 and "it's really hard to say why," said Robert Anderson, who oversees the Centers for Disease Control and Prevention branch that issued the report Wednesday.

The yearly report looked at deaths in 2012. It found:

- For someone 65, the CDC estimates that men have about 18 years of life left and women about 20 1/2 years. The gaps between men and women grew slightly, compared to 2011.

- There were 2.5 million deaths in 2012, or about 28,000 more than the year before. The increase was expected, reflecting the nation's growing and aging population, Anderson said.

- Death rates for blacks and whites dropped but held steady for Hispanics. However, Hispanic death rates remain lower than the black and white numbers.

- The 10 leading causes of death remained the same, with heart disease and cancer topping the list. Suicide is the 10th.

Some research suggests suicides increase during hard economic times, but this trend has persisted before, during, and after the recession of 2007-2009. Some experts have said the sale and abuse of prescription painkillers in the last decade have been a contributing factor.

Whatever the reason, "it's kind of surprising," said Solveig Cunningham, an Emory University researcher who has studied death rates during eras of financial hardship.

The overall statistics suggest our society is getting better at medically managing conditions like diabetes and heart disease, she said. But maybe "we're not able to manage mental health as well, resulting in devastating results" - the increasing suicide rate, she said.

The CDC report compiles information from all U.S. death certificates from 2012. Researchers use the death rates to project how long people will live.

Michelle Obama reveals daughters were conceived through IVF
Thanks for reading CBS NEWS.
Create your free account or log in
for more features.
View CBS News In
CBS News App Open
Chrome Safari Continue
Be the first to know
Get browser notifications for breaking news, live events, and exclusive reporting.