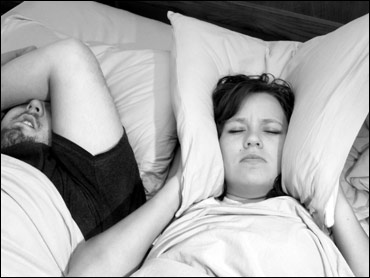 U.S. adults are sleeping less than they did two decades ago, leaving few people feeling well-rested all the time, new CDC data show.

The CDC today issued two new reports that peek into the sleep habits of U.S. adults.

They were asked how often, during the previous 30 days, they felt they had gotten enough rest or sleep. Here are the results:

Adults aged 55 and younger and people who say they were unable to work were particularly likely to report not getting enough sleep.

Participants weren't asked how much sleep or rest they got -- just whether they felt that they got "enough" rest or sleep. The findings might not apply to the rest of the country.

More Americans are skimping on sleep than in the past, according to the CDC's second set of sleep statistics.

In a then-and-now comparison, the CDC charted the percentage of U.S. adults in 1985 and 2006 who report getting no more than six hours of sleep during a typical 24-hour period.

The bottom line: Getting up to six hours of sleep was more common in 2006 than in 1985. That pattern held for all age groups and was strongest for people aged 30-64.

Both studies appear in the Feb. 29 edition of the CDC's Morbidity and Mortality Weekly Report.

The studies don't show why people are sleeping less. It could be because of sleep disorders, other conditions, or lifestyle factors, including staying up late to surf the Internet or watch TV.

The CDC notes that, according to the National Sleep Foundation, most adults need seven to nine hours of nightly sleep to feel fully rested, and kids need more sleep. An estimated 50-70 million people in the U.S. have chronic sleep and wakefulness disorders, according to background information in the CDC's report.

If you're one of the many people who are short on sleep, here are the CDC's tips: