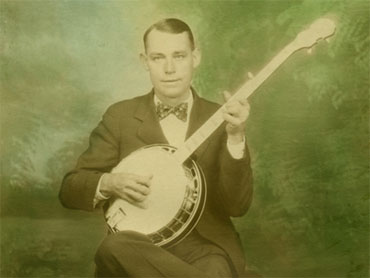 Inactive Americans are eating themselves to death at an alarming rate, their unhealthy habits fast approaching tobacco as the top underlying preventable cause of death, a government study found.

The gap between the two is substantially narrower than in 1990, when poor diet and inactivity caused 300,000 deaths, 14 percent, compared with 400,000 for tobacco, or 19 percent, says a report from the federal Centers for Disease Control and Prevention.

"This is tragic," said Dr. Julie Gerberding, CDC's director and an author of the study. "Our worst fears were confirmed."

"It's going to overtake tobacco" if the trend continues, Gerberding said. "At CDC, we're going to do everything we can to prevent it," she said. "Obesity has got to be job No. 1 for us in terms of chronic diseases."

The researchers analyzed data from 2000 for the leading causes of death and for those preventable factors known to contribute to them. Like tobacco, obesity and inactivity increase the risks for the top three killers: heart disease, cancer and cerebrovascular ailments including strokes. Obesity and inactivity also strongly increase the risk of diabetes, the sixth leading cause of death.

The results appear in Wednesday's Journal of the American Medical Association.

U.S. Department of Health and Human Services officials discussed the findings Tuesday at a Washington news briefing where they announced a public service ad campaign using humor to get Americans to pay attention to the dangers of inactivity and obesity.

"I am working very hard at CDC to walk the talk," Gerberding said in a telephone interview, noting efforts the agency has made at CDC offices to improve the health of its 9,000-plus employees.

They include putting music, lights and fresh paint jobs in stairwells to encourage employees to use the stairs for exercise. Also, besides the current indoor smoking ban, CDC will ban smoking from outside all of its buildings starting later this year.

The underlying preventable causes of death were, in order: tobacco, poor diet and physical inactivity, alcohol, microbial agents, toxic agents, motor vehicles, firearms, sexual behavior and illegal drug use. Together, these accounted for about half of all 2.4 million U.S. deaths in 2000.

An editorial accompanying the study in JAMA says national leadership and policy changes are needed to help curb preventable causes of death.

"After all, wisdom is knowing what to do next. Virtue is doing it," said editorial authors Drs. J. Michael McGinnis and William Foege. McGinnis is with the Robert Wood Johnson Foundation and Foege is with the Bill and Melinda Gates Foundation.