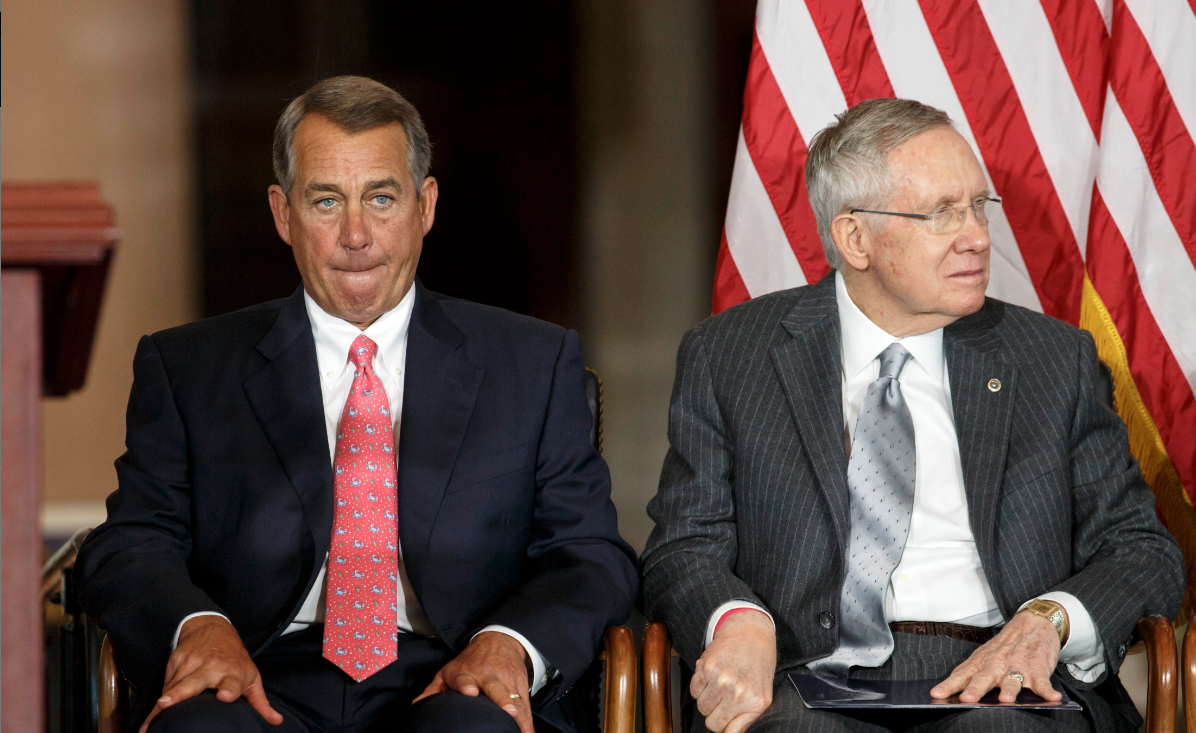 And according to a new poll from Gallup, they may have found a ripe target in Reid: his net favorability ratings are as low as they've ever been, with 45 percent of Americans holding an unfavorable view, and only 21 percent holding a favorable view.

The bad news for Republicans, though, is that their own top dog on Capitol Hill, House Speaker John Boehner, R-Ohio, is about as unpopular as Reid is. 50 percent of Americans hold an unfavorable opinion of Boehner, while only 28 percent view him favorably.

In an ominous sign for Boehner, those frustrated with his leadership are increasingly in his own party. 46 percent of Republicans view the House speaker favorably, but 40 percent view him unfavorably - a number that has jumped 11 points since April.

Because both leaders are saddled with similarly poor approval ratings, Gallup's Lydia Saad believes their impact on the midterms will be "a draw - not significantly disadvantaging either party."

But when the next Congress convenes in January, Saad added, both men could find trouble brewing within their own ranks.

Reid's bad numbers "could compel colleagues who want to repair their party's image with voters after the election to consider their alternatives" for majority leader," she wrote.

And "Boehner's status with his own party is even worse than Reid's, with nearly as many Republicans viewing him unfavorably as favorably," she added. "That could inspire opponents within the GOP caucus to challenge Boehner for the speakership."

Gallup's poll surveyed 1,252 adults nationwide from September 25-30, and it carries a margin of error of plus or minus 3 percent.