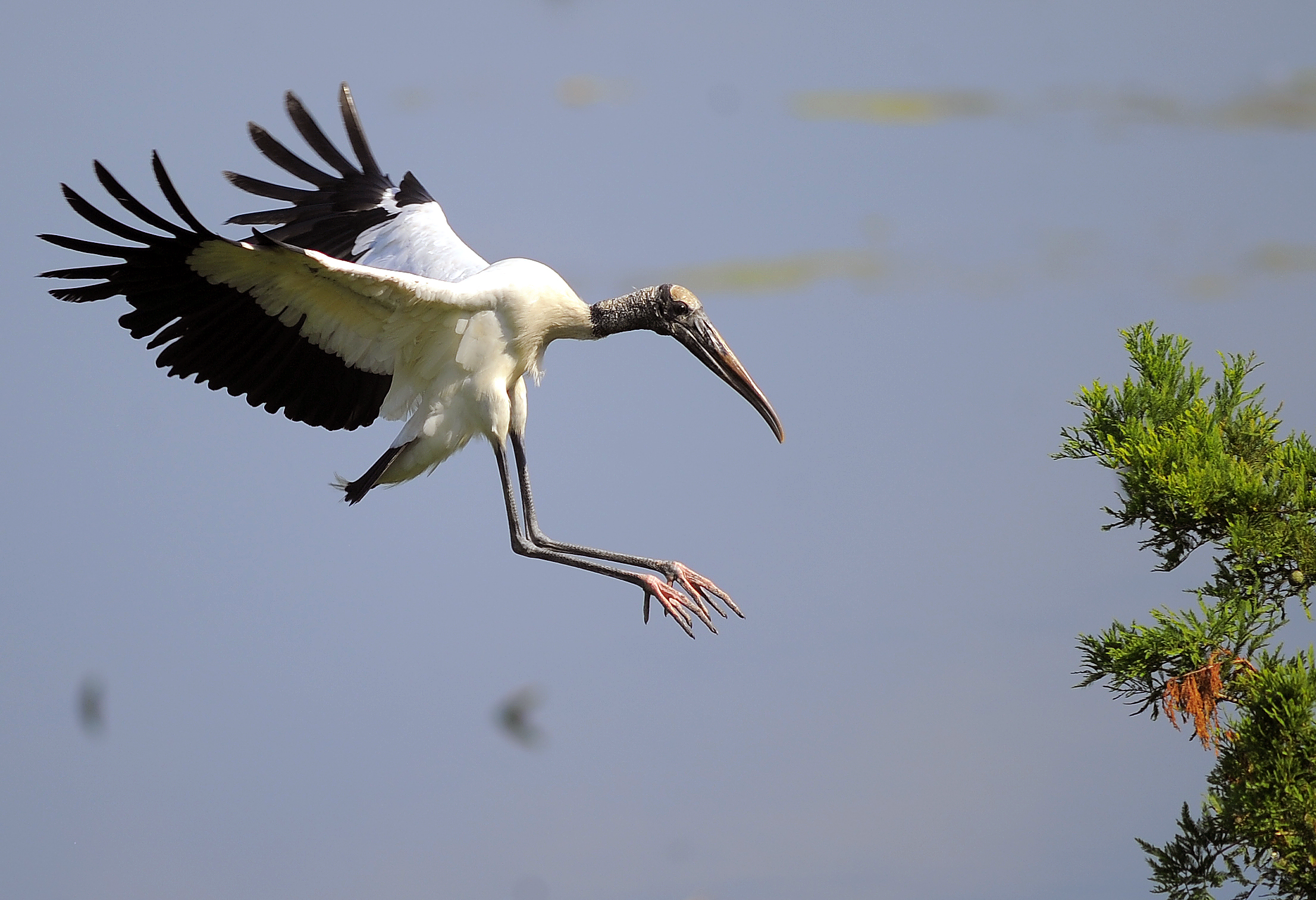 TOWNSEND, Ga. - The American wood stork, a bird scientists once feared would be extinct by the year 2000, has made such an impressive comeback that it's getting an official status upgrade 30 years after first being listed as an endangered species, the Obama administration said Thursday.

The tall, bald wading birds that nest in swamps and coastal marshes from Florida to the Carolinas are now a "threatened" species, a step up that indicates the wood stork is no longer considered at risk of extinction, Interior Secretary Sally Jewell announced during a visit to Harris Neck National Wildlife Refuge, home to a large wood stork colony on the Georgia coast.

"It's a day for good news about an iconic bird from the Southeast that is doing a great job of recovering," Jewell said, though she cautioned: "There's still important work to do before we can propose to remove it from the list altogether." Until then, threatened species receive essentially the same legal protections as endangered animals.

Standing nearly 4 feet tall with a wingspan of about 5 feet, the wood stork is the only stork species that nests in the U.S. The birds' survival depends on ability to nest in wetlands with an abundance of fish and trees surrounded by water to protect eggs from predators.

The stork population was once anchored in Florida, but destruction of wetlands in the Everglades and elsewhere to make way for development decimated their numbers from an estimated 40,000 breeding adults in the 1930s to roughly 10,000 in the 1970s.

Researchers say the species has made a remarkable resurgence by expanding its territory from southern Florida - where 70 percent of the population once lived - to establish nesting colonies in Georgia, South Carolina and North Carolina. After nesting season, wood storks also can be found in parts of Alabama and Mississippi. The U.S. Fish and Wildlife Service estimates there are as many as 9,000 breeding adults.

Many live in restored or artificial wetlands in places such as the Harris Neck refuge in Georgia, where a swamp created in the late 1980s is home to roughly 800 adult wood storks and their young.

"One reason we're able to change their status is that the risk has been reduced because their numbers are more spread out," said Billy Brooks, the Fish and Wildlife biologist in charge of the wood stork recovery program. "They have improved their productivity by expanding their breeding range."

The Audubon Society, while applauding the stork's resurgence, said it fears the government should have done more research before approving the status upgrade. Wood storks still struggle in parts of the Everglades where they once thrived, and there are concerns that states where the birds have moved lack regulatory protection for wetlands, said Brad Cornell, an Audubon Society policy advocate.

"We believe the Fish and Wildlife Service is really premature in any reclassification," Cornell said. "There are too many gaps in the vital science on wood storks and a lack of long-term habitat protections to sustain its recovery."

Others say the government dragged its feet. The Florida Homebuilders Association and the Pacific Legal Foundation, which advocates for private property rights, had been pressing the government to change the bird's status since winning a court-ordered scientific review in 2007.

"The government's own scientists acknowledged that the wood stork should be downlisted back in 2007," foundation attorney Christina Martin said in a statement Thursday. "But it's taken years of arm twisting since then to get them to follow their own advice."