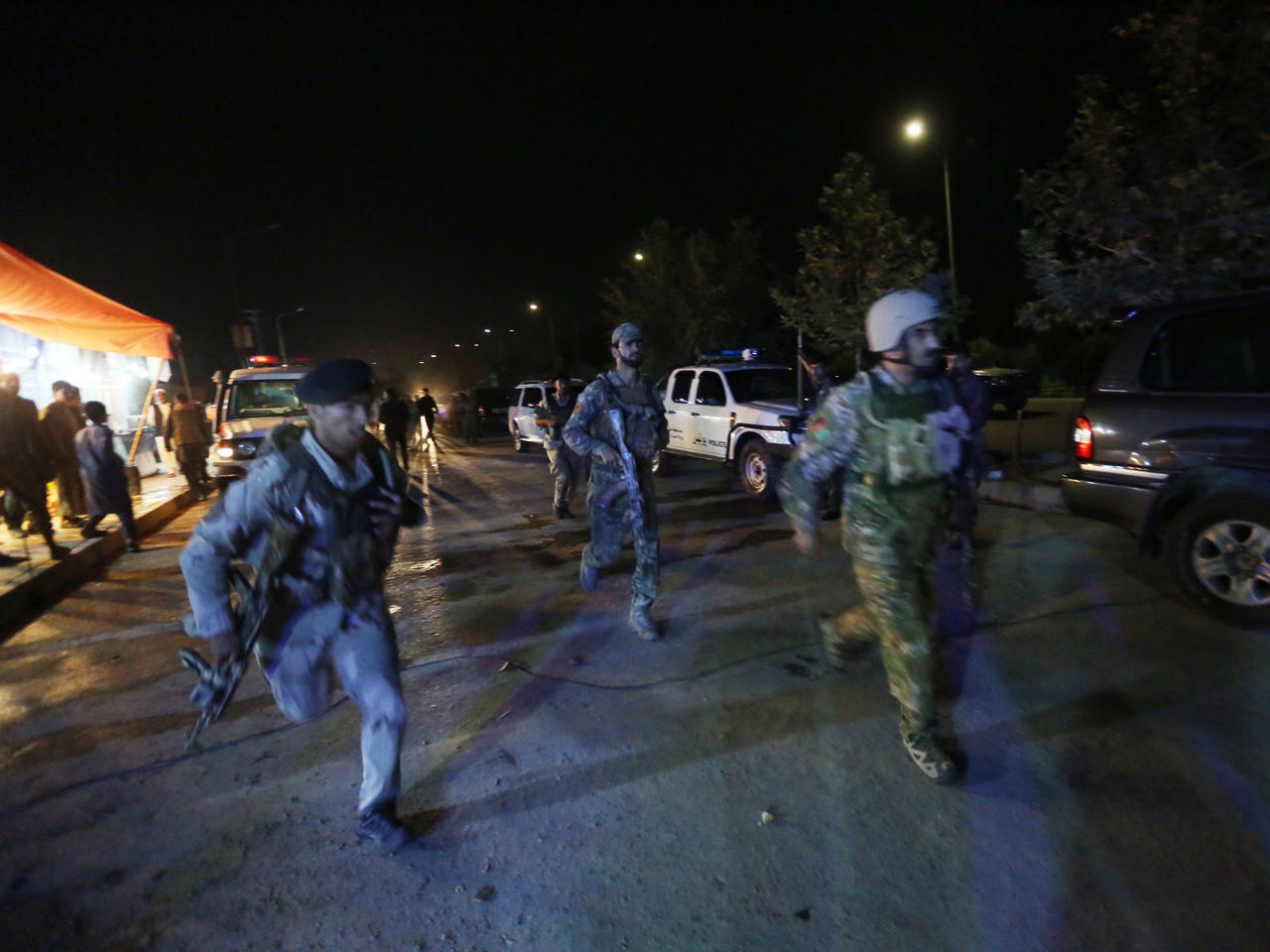 KABUL, Afghanistan --  An attack on the American University of Afghanistan has ended, a senior police officer said Thursday, after several people were killed and more than 30 were wounded.

CBS News’ Ahmad Mukhtar reports from Afghanistan that the attack at the American University is over, according to minister of interior spokesman Sediq Sediqi.

Hedayatullah Stanikzai, an official with the Ministry of Public Health, said a guard employed by the university had been killed and that the wounded included a foreign teacher. University authorities could not immediately be reached for comment.

There were no immediate claims of responsibility for the attack on the university on the edge of Kabul.  Sediqi earlier said was still not clear if there were one or two attackers.

Witnesses say they heard gunshots, then a blast, and many believe it was the gate blown open, letting the attackers inside.

Pulitzer Prize-winning Associated Press photographer Massoud Hossaini was in a classroom with 15 students when he heard an explosion on the southern flank of the campus.

“I went to the window to see what was going on, and I saw a person in normal clothes outside. He shot at me and shattered the glass,” Hossaini said, adding that he fell on the glass and cut his hands.

The students then barricaded themselves inside the classroom, pushing chairs and desks against the door, and staying on the floor. Hossaini said at least two grenades were thrown into the classroom, wounding several of his classmates.

Hossaini and about nine students later managed to escape from the campus through an emergency gate.

“As we were running I saw someone lying on the ground face down, they looked like they had been shot in the back,” he said.

Hossaini and the other students took refuge in a residential house near the campus, and were later safely evacuated by Afghan security forces.

American University President Mark English confirmed an attack to the Associated Press but did not provide details.

Sediqqi said security forces were conducting a clearing operation to track down the “terrorists.”

Initial reports have two teams of attackers at the school, according to a U.S. law enforcement source, but the exact number of assailants isn’t known.

All other personnel on the campus were being evacuated, Sediqqi said. He had no further details on the nature of the attack.

The Pentagon said U.S. military advisers were on the ground with Afghan security forces at the university. Spokesman Adam Stump said the forces had been embedded with the Afghan units.

State Department spokesperson Elizabeth Trudeau said the U.S. Embassy was working to account for all of its personnel and to locate and assist any U.S. citizens affected by the attack. She said American officials are monitoring the situation, but declined to provide details.

“An attack on a university is an attack on the future of Afghanistan,” Trudeau said.

Two professors -- an American and an Australian -- were kidnapped recently from the university on the 8th of August. Five gunmen wearing Afghan military uniforms abducted the pair at gunpoint.

The two foreigners were taken from their SUV while driving on Sunday night on a main road near the American University of Afghanistan, according to Sediqqi, the spokesman for the Afghan Interior Ministry.

Though kidnapping is sometimes the work of criminal gangs, the fear is that the hostages could be “sold up” to the Taliban, or the Islamic State of Iraq and Syria (ISIS), which has been fighting to gain hold in Afghanistan.

Kidnappings are not uncommon in Afghanistan. Three other foreigners who were kidnapped in Kabul over the past year have all been released, including an Indian woman, Judith D’Souza who was freed last month after being held for more than a month.

An Australian woman, Kerry Jane Wilson, was abducted in the eastern city of Jalalabad in April. Her whereabouts are unknown.

The university was established in 2006 to offer liberal arts courses modeled on the U.S. system. More than 1,000 students are currently enrolled in degree courses.

Some Afghan girls manage to keep learning, but few see a bright future