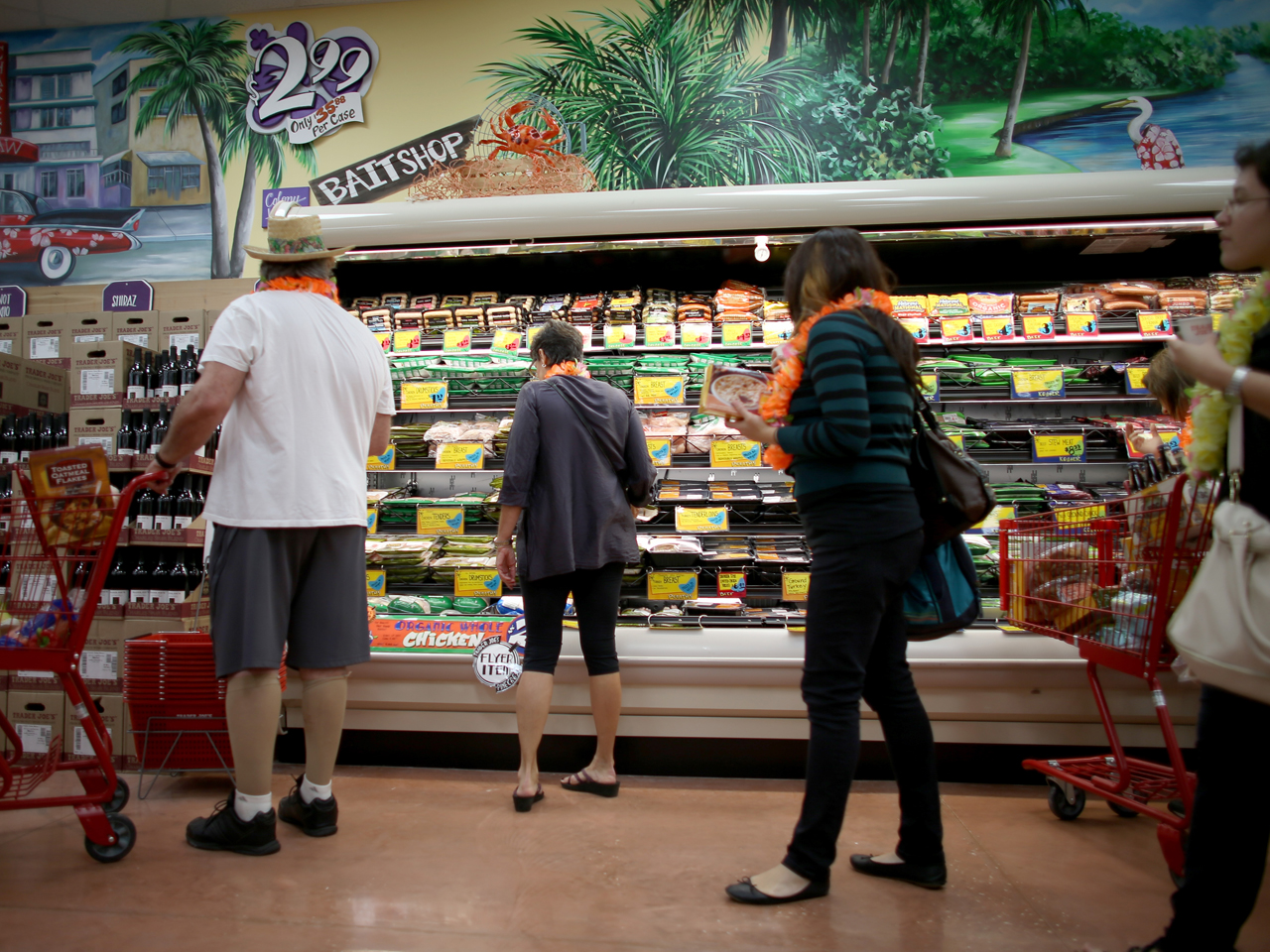 TEXAS -- American shoppers are enjoying what could be the longest streak of falling food prices in a half century. That’s good, if you’re buying a shopping cart full of groceries, but it’s not so good for farmers.

“Definitely less painful to go to the store,” she said.

The Texas mom tracks what she spends each week and said savings on staples like bread and eggs add up.

“I would say I can save anywhere from about $25 to $50 sometimes on my grocery bills in comparison to last year,” she said.

The reason: the nation’s food supplies have been steadily growing, while demand has declined in major overseas markets like China, where a strong dollar has made American goods more expensive.

It’s good for U.S. consumers like Buen, but not food producers like Pete Bonds of Texas, who owns one of the nation’s largest cattle operations.

Bonds said the loss of value is several million.

He said it’s a price drop smaller ranchers may not survive.

The government has already tried to boost the dairy industry by buying $20 million worth of cheese, that will now be distributed to food banks. Whether that’s enough depends on how long prices remain lower in the grocery aisle.

“I think that’s anybody’s guess right now, what we’re hearing it could go through the end of the year and possibly into the first part of next year,” said Michael Byers the CEO of Fiesta Mart.

However, not everything is cheaper.

Prices for some fruits and vegetables have actually increased over last year due in part to a drought in California.