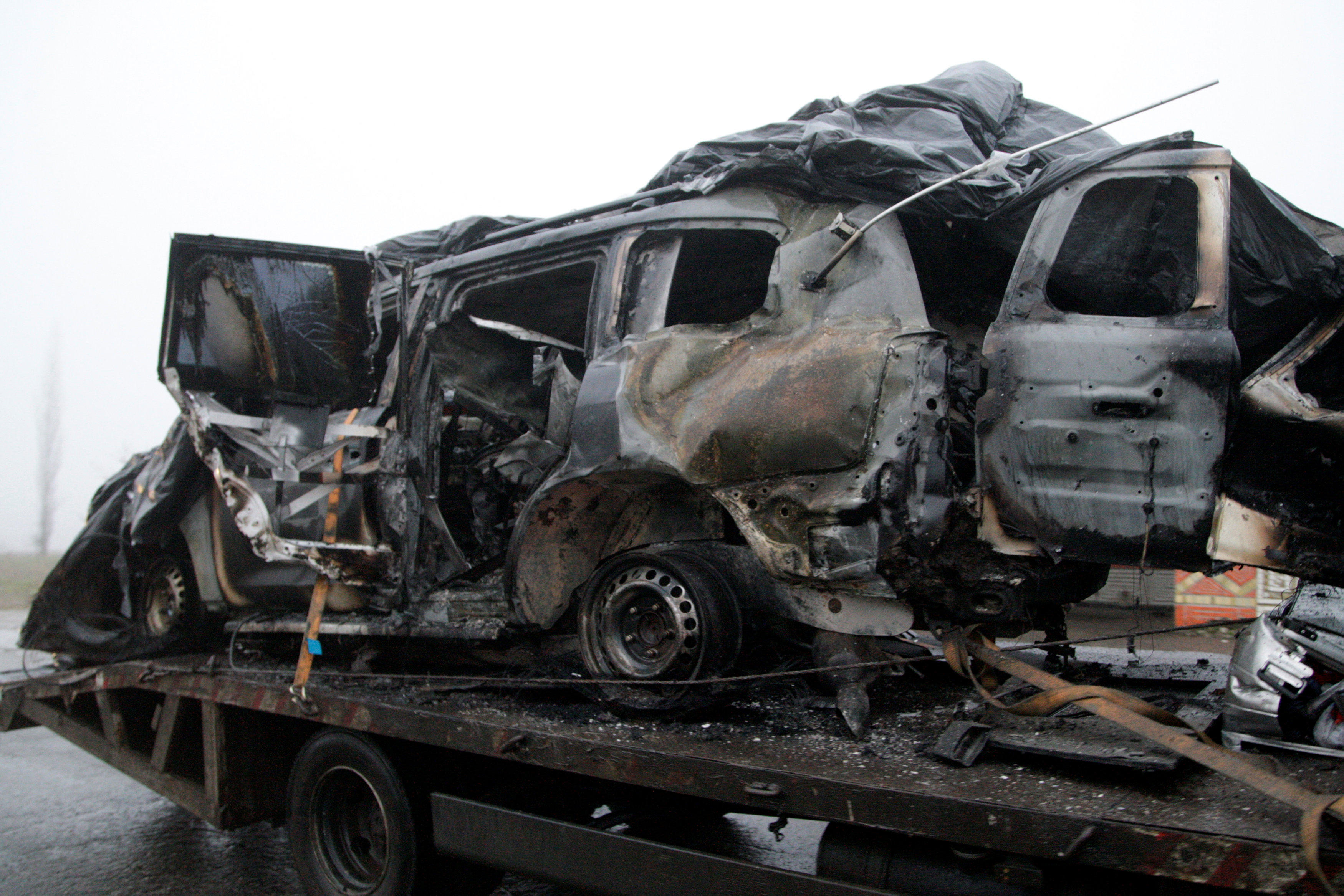 Officials have identified the American killed when a land mine blew up a vehicle carrying an OSCE monitoring team in the separatist Luhansk region of eastern Ukraine Sunday, the Reuters news agency reports.

Two European members of the mission were wounded, officials reported.

The mission’s deputy head, Alexander Hug, said the member killed was from the U.S. and the two wounded are from Germany and the Czech Republic.

Austrian Foreign Minister Sebastian Kurz, who holds the rotating chairmanship of the Organization for Security and Cooperation in Europe, called for an investigation into the blast and said on Twitter that “those responsible will be held accountable.”

In Washington, the State Department expressed shock and sadness and extended condolences to family and friends of the victim, who was not identified in the initial statement.

Spokesman Mark Toner said the U.S. “again calls upon Russia to use its influence with the separatists to take the first step toward peace to eastern Ukraine and ensure a visible, verifiable and irreversible improvement in the security situation.”

“This death underscores the increasingly dangerous conditions under which these courageous monitors work, including access restrictions, threats and harassment. The United States urges Russia to use its influence with the separatists to allow the OSCE to conduct a full, transparent and timely investigation,” Toner added.

Russian Foreign Minister Sergey Lavrov vowed Monday to use Moscow’s influence to get Ukraine’s separatist rebels to comply with a cease-fire deal.

Lavrov made the promise at a news conference with EU foreign policy chief Federica Mogherini after talks in Moscow.

In a separate statement, the State Department said U.S. Secretary of State Rex Tillerson phoned Ukrainian President Petro Poroshenko to discuss his recent trip to Moscow and his message to Russian officials that Moscow’s actions in eastern Ukraine remain an obstacle to improved relations with the U.S.

Tillerson accepted Poroshenko’s condolences on the OSCE observer’s death and the two leaders agreed that “this tragic incident makes clear the need for all sides - and particularly the Russian-led separatist forces - to implement their commitments under the Minsk Agreements immediately,” the statement said.

The Russia-backed rebels and the Ukrainian government blamed each other for laying the mine.

The rebels and the Ukrainian government have been fighting in eastern Ukraine since 2014 in a war that has killed more than 9,900 people.

The monitoring mission assesses compliance with the 2-year-old Minsk peace deal that was to bring a cease-fire and heavy weapons pullback to the region. It also conducts work on human rights and civil society issues as well as mine-awareness programs.

Ukraine expected a cyberattack to precede a Russian invasion
More