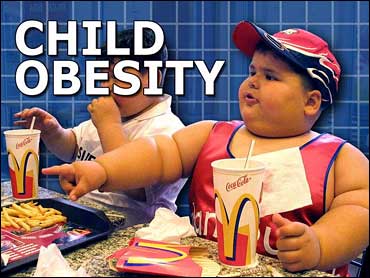 (CBS) American kids may be among the fattest in the world, but a new study of 19 mostly industrialized nations shows that childhood obesity is an even bigger problem elsewhere.

In the US, 41 percent of children between the ages of 5 and 13 are overweight or obese, according to the study, conducted by the research firm Datamonitor.

The study also shows that the incidence of childhood obesity is increasing more slowly in the U.S. than in most of the other countries..

Between now and 2014, the proportion of overweight or obese children in the U.S. is projected to grow at an annual rate of about 1.3 percent. That's lower than every country studied except Germany and Spain.

In England, where 35 percent of kids are fat, the incidence of childhood obesity is projected to rise at an annual rate of 2.1 percent.

"We are spending more on sweets and junk food - twice as much as in the U.S.," Joe Dixon, a London-based research analyst with Datamonitor, told CBS News. "The level of growth of obesity is double what it is in the U.S."

And other countries are getting fatter even faster, the study shows.

In China, the incidence of childhood obesity is projected to grow 9 percent a year. In Japan, the rate is 8 percent.

"There's a widespread perception that childhood obesity is only a U.S. problem," says Dixon. "It's not."

Cause for celebration? How about a cupcake!