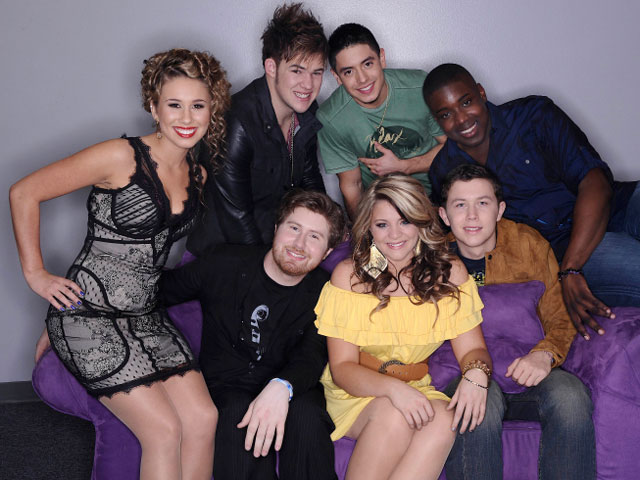 It was the end of the "American Idol" road for dewy-eyed crooner Stefano Langone. He received the fewest of the 52 million votes cast on Wednesday for the Idol contestants. His exit was not totally unexpected--he had been in the bottom three in recent weeks.

At the beginning of the results show, JLo said she hoped that neither of two girls would be cast offs, and her wish was granted.

In addition to Stefano, the bottom three was filled out by the vocally gifted Jacob "Luther Vandross" Lusk and bluesy stylist Haley Reinhart, who learned just after she took her seat among the potential losers that she was safe.

Preceding the bad news, Lauren, Haley, Stefano and Jacob sang a spirited version of Train's super-hit "Hey, Soul Sister." Casey, Scotty and James did a kind of barber shop version of Cold Play's "Viva La Vida," showing some versatility, especially country Scotty. In addition, season seven Idol winner, David Cook debuted "The Last Goodbye" from his new album. He is no James Durbin. Katy Perry performed "E.T.," and showed the contestants and audience how to go over the top with a musical stage performance.

Steven gave the benediction near the end of the show, stating that none of the contestants deserve to be eliminated. "A lot of love is coming their way soon," he predicted.