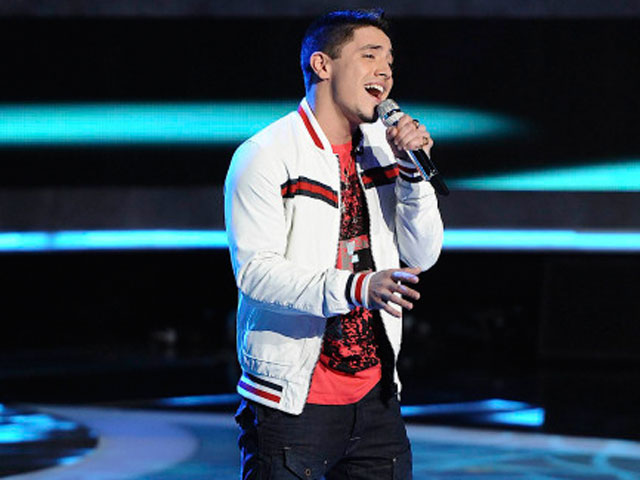 (CBS) "American Idol" producer Ken Warwick this week admitted that the show might just alter its voting rules next year. One option being considered IS giving the judges - they of no discernible critical faculties - some sort of say, as they do on "Dancing with the Stars." If that had been the case this week, the only difference that might have occurred last night would have been Scotty McCreery's bottom occupying a stool in the bottom two.

As it was, we had 57 minutes of cavity-filling, until the novocaine wore off and Stefano Langone inevitably departed.

Talking of filler, we discovered that group numbers can consistently be difficult on the ears, as well as the teeth. We also discovered that McCreery has had a cupcake named after him back home in North Carolina.

The first piece of deeply moving information we were offered was that Casey Abrams was safe. This automatically took the potential for drama down by at least 50 percent. There would be no screaming, no collapsing, no pleas for mercy and no more kissing Jennifer Lopez. However, resident diva, Jacob Lusk, was told he was in the bottom three. So we still had small hope for a little opera.

"Idol" winner David Cook performed his new song "The Last Goodbye" in a manner that Randy Jackson might have described as "pitchy". Though Cook is definitely one of the more interesting and talented contestants of recent years, former judge Simon Cowell might have offered a scowl.

Still, at least Cook's mom got to hug and kiss Steven Tyler.

Lauren Alaina got to hug Dodgers great Tommy Lasorda. Perhaps this was a grim reminder of how things can change so quickly in show business. The Dodgers were taken over by Major League Baseball this week, after some messy business involving the divorce between the team's two formerly loving owners.

Next, Langone was lovingly told he was in the bottom three. He looked far less surprised than when he discovered in the previous segment that James Durbin was giving him a massage.

This left Haley Reinhart and McCreery. The latter has so much entirely unaccountable support that it was obvious that Reinhart would slide over to the stools to join Lusk and Langone. She didn't stay there long. Ryan Seacrest whispered in her ear and she shuffled straight back from stool to couch.

Next we were offered Katy Perry. But the folks on the set weren't. This laser-filled filler was recorded after last week's show. Perry was dressed quite nicely.

And so, after another commercial break, we were at the end. Lusk tried to sound sanguine about potential departure. Langone acted as if he knew this - as he sang only last week when he tried to be both Boy and Man - was the end of the road. He had been a wild card and he had come further than many had expected, given that he simply couldn't offer anything that might be relevant or at least alluring.

Langone seems to think gold pinkie rings are cool. And style does play an insidious role in gaining the affections of the teeny girls and slightly larger ladies who offer up their hours to vote, vote, vote.

Jennifer Lopez had tender mercies for him, however. Certainly his lips would have been smoother than Casey Abrams' rougher, hairier mouth - the one that managed to inveigle its way onto Lopez' cheek on Wednesday.

Langone took the ax with the smile of a man resigned. Durbin, however, buried his head in his hands, wept and then reportedly stormed off stage as soon as could. But not before giving Langone a heartfelt hug. You see, there are really nice people in entertainment. Well, at least before they become ridiculously famous.

After this, the 21st Century week, "Idol" will next week hit even more contemporary heights. Yes, the hits of Carole King. No, not Larry. Carole.