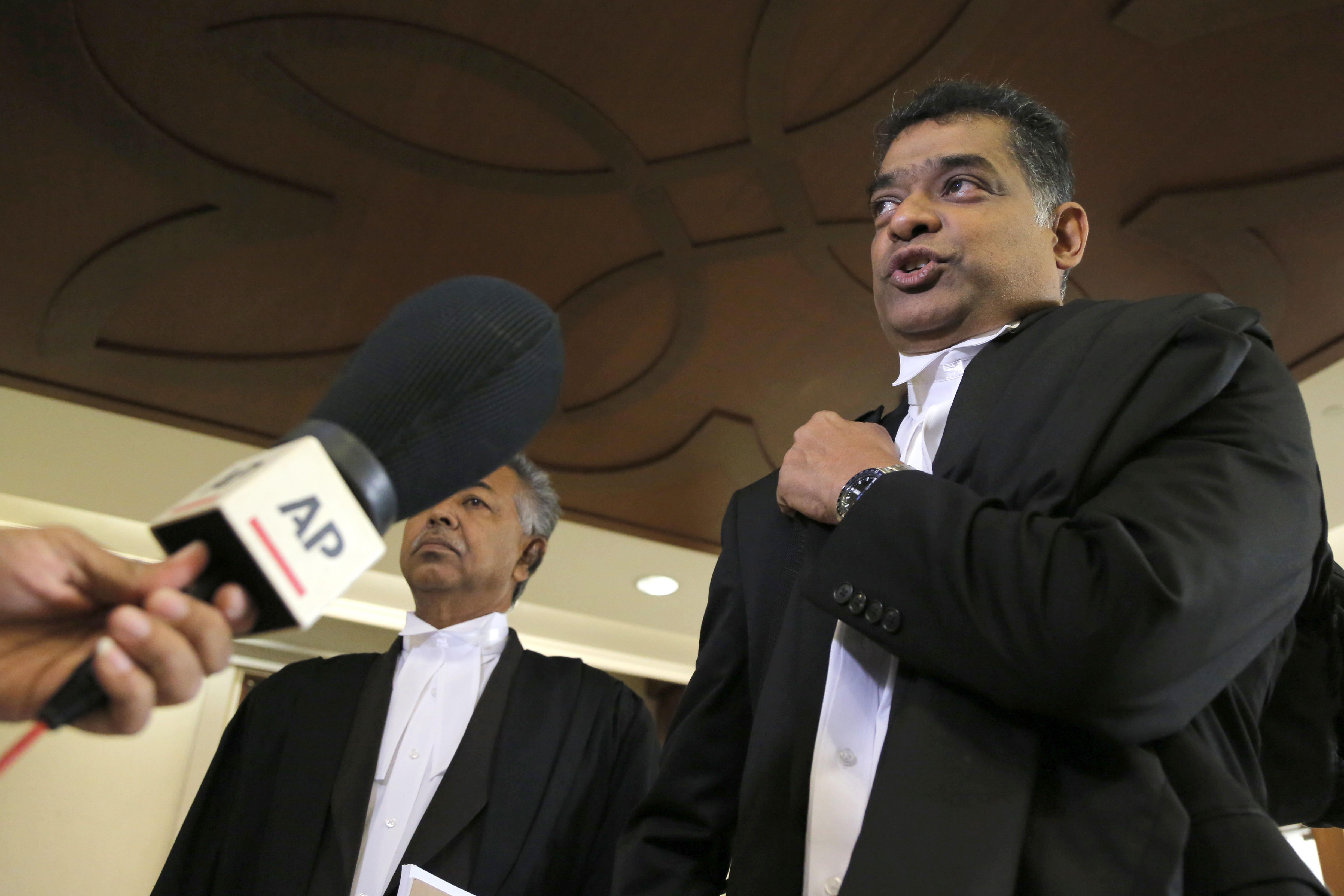 KUALA LUMPUR, Malaysia -- A Malaysian court sentenced an American man to death by hanging for killing his ex-wife, but the man will appeal Tuesday's ruling on the grounds that he acted in self-defense.

Gerald Wayne Mickelson was working as a consultant in Malaysia, but planned to move to the Philippines to be with his new Filipino wife.

Ramu said Mickelson testified that he got into an argument with his ex-wife in a Kuala Lumpur hotel. He said the American acted in self-defense when his ex-wife started attacking him.

The court found otherwise in its ruling Tuesday.

"After evaluating all evidence, the court found he was guilty" as the post-mortem showed that Guilda Mickelson died of "fatal compression to the neck," Ramu said, adding that she also suffered some head injuries.

After the incident, he said his client had called the hotel management for help and didn't run away.

Mickelson cried after the brief ruling was read out in the courtroom and was consoled by his Filipino wife, Ramu said, adding that his client will appeal.