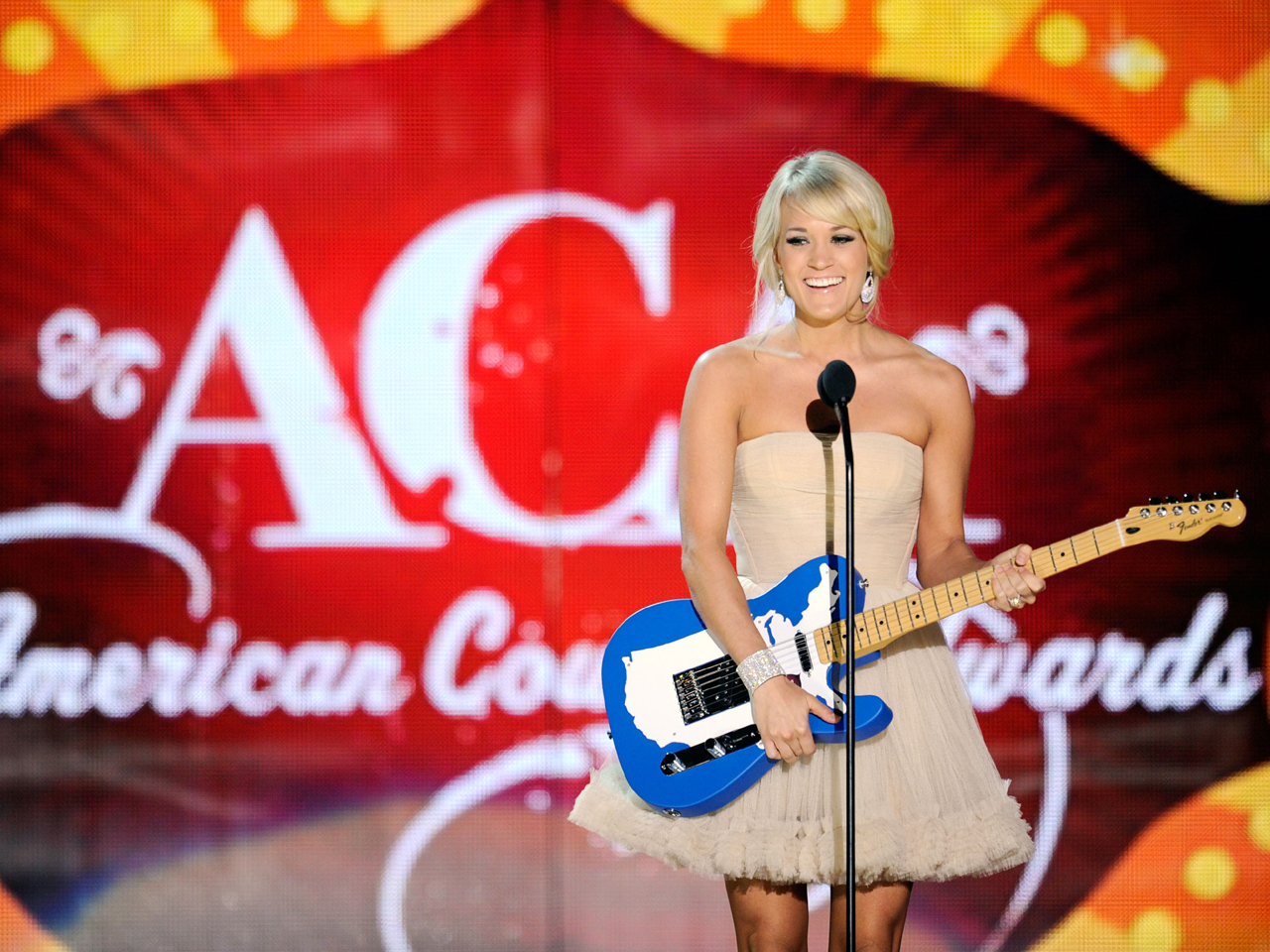 (CBS/AP) It was Jason Aldean's kinda party at the American Country Awards.

Country music's newest superstar won six awards Monday in Las Vegas, including the night's top honors artist of the year and record of the year for "My Kinda Party."

"This is getting a little ridiculous now," Aldean said on his second visit to the stage. "I don't know what else to say. It's been a crazy year."

Carrie Underwood's fans came through for her again at the fan-voted awards, a year after she was the top winner on the inaugural show with six trophies. She picked up three awards this year - blue Fender Telecasters with an embossed silhouette of the United States - including female artist of the year and female single of the year for "Mama's Song."

"You guys vote like crazy," Underwood said while accepting her second award.

The show, hosted by Trace Adkins and Kristin Chenoweth, focused on country music's emerging stars. Thompson Square also won three trophies. The husband-and-wife duo of Shawna and Keifer Thompson rode their breakthrough single "Are You Going to Kiss Me or Not?" to group single, new artist single and new artist video of the year awards.

"This is the first time we've won anything, so be patient," Keifer Thompson joked.

Alabama won a Greatest Hits Award and Toby Keith was named artist of the decade as the most-played country star on radio over the last 10 years.

Blake Shelton won video of the year for "Who Are You When I'm Not Looking." He dedicated the win to his father, Dick, who is in the hospital with pneumonia. He then appeared to tear up at the end of his performance of "God Gave Me You."

"I want to say 'hi' to my dad back home," Shelton said. "He's been having a pretty rough couple of weeks. I know he's watching back at home and I love you, dad, and want to dedicate this to you."

Perennial awards favorite Taylor Swift, who was not on hand for the ceremony, had six nominations but went home empty-handed.

Tell us: Did your favorite country star win?