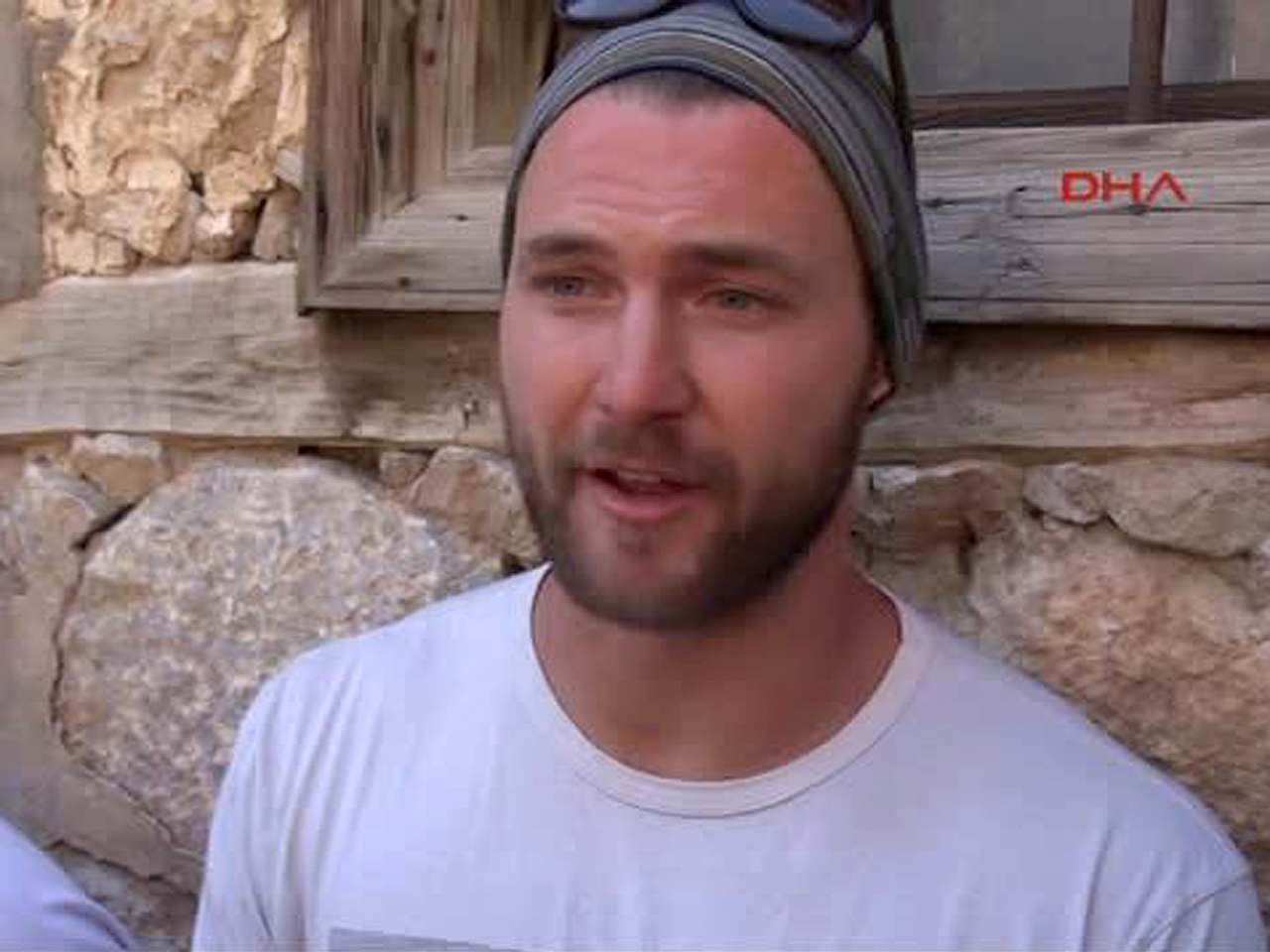 In the world of death-defying leaps, sometimes death wins. As CBS News correspondent Mark Phillips reports, it seems to be winning a lot lately.

Ian Flanders, a 37-year-old BASE jumper and wingsuit flyer from Southern California was taking part Tuesday in an extreme sports event in Turkey. It was his first time in the country.

The event was being carried by a local TV station. The gorge of the Karasu, or "dark water" river in the eastern part of the country provided a dramatic venue for a pastime that is as spectacular as it is dangerous. Flanders' first jump went fine.

"It was a gorgeous flight, a beautiful view of the town. You get to kind of fly over, fly over the town," he told the local television crew. "We landed in the river, which was also actually kind of fun."

But Flanders' last jump went wrong, and his luck ran out. When he pulled the chute chord, the lines apparently got tangle around his legs and his fatal plummet into the rocky cliff face was all caught on camera. A woman can be heard screaming after he disappears into the shadows.

A flotilla of rescue boats retrieved Flanders' body, which was taken to a local hospital.

He is now the latest victim of the thrill-seeking sports that are claiming too many lives, according to editor of Outside magazine, Grayson Schaffer.

"The BASE jumping and, especially the wingsuit community, is facing a real epidemic right now. Wingsuiters are dying at a rate unheard of in any other sport. It seems like not a month goes by without a well-known base jumper or wing-suit flyer dying these days," Schaffer told CBS News.

The world of BASE jumpers and "squirrel suit" flyers is a small one, and getting smaller. Flanders was the 264th jumper to die since record keeping began. His death was not just tragic, it was ironic.

"At the time of his death, Flanders was actually working on a documentary about all of the deaths that have been happening in the BASE world, and... it's just an incredible tragedy that he would die this way," Schaffer said.