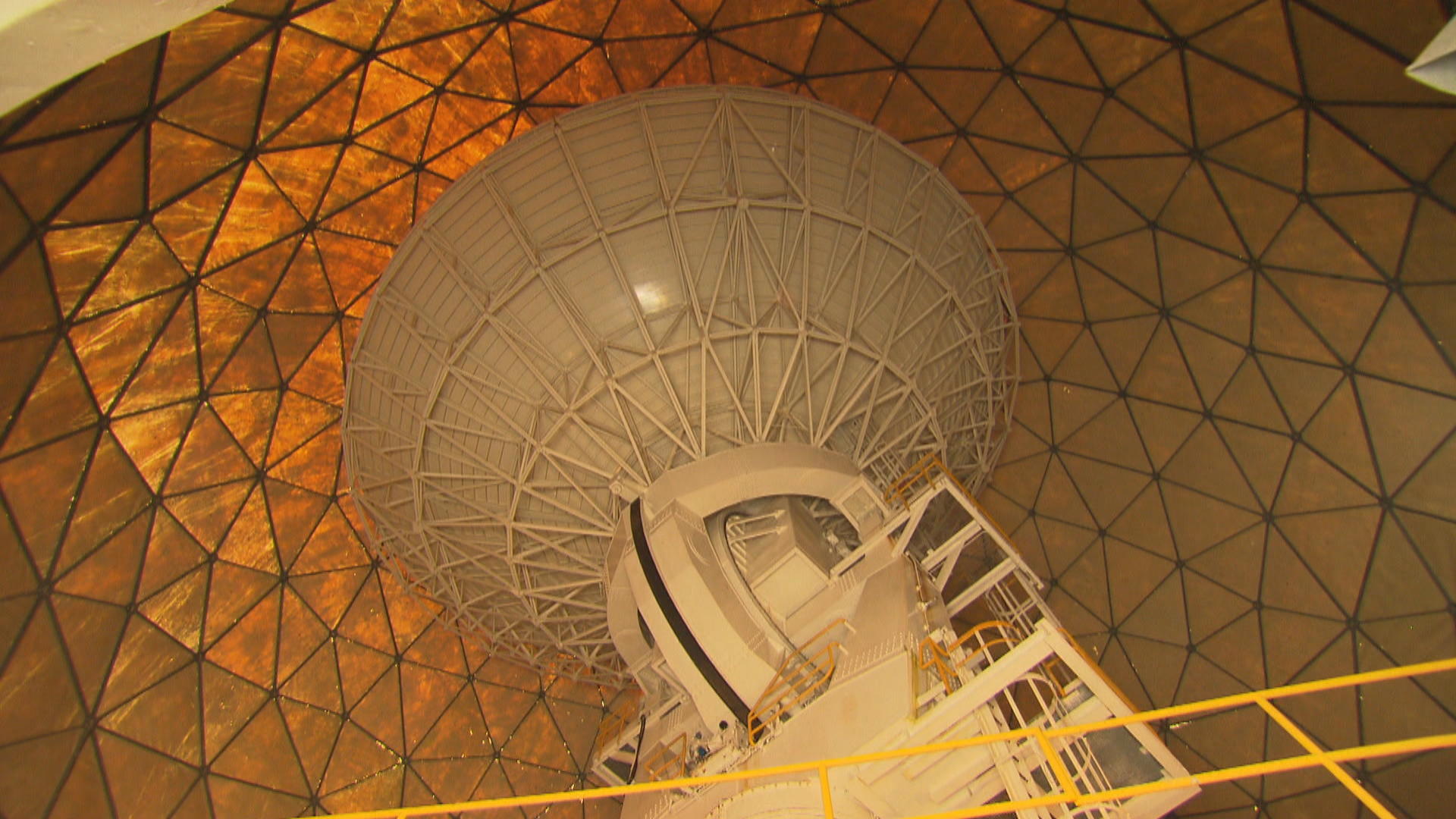 The U.S. military prepares for many battles, including ones that could extend into space. The Air Force considers space to be a war-fighting domain, just like air, land, and sea, but space is getting crowded and competitive, with more countries developing new technologies. The U.S. also tracks more than 500,000 pieces of debris – or space junk – that complicate operations in orbit.

Space used to be a safe haven, one that the United States dominated, but in the last decade Russia and China have caught up, creating a three-way space race. Now, as tensions with North Korea escalate, the U.S. military is preparing for a potential war above, reports CBS News' Bianna Golodryga.

When North Korea or any other country launches missiles, the airmen at Buckley Air Force base in Colorado are the first people in the world to know about it. They provide the U.S. and its allies with 24/7 surveillance of all missile launches around the world.

"It is a very demanding job. It's very no-notice kind of things," said Lt. John Stryker.

At 28, Lt. Stryker is among the oldest on the team. His squadron routinely practices exercises in preparation for a missile strike.

"We call the next person in the chain who puts together a site picture for higher headquarters and ultimately our country's leadership," Stryker said.

"We're doing a lot to prepare for a potential conflict that may extend into space. We do not want this war to happen, and one way to make sure that we don't fight this war is to be prepared to fight and win if it were to happen, and we are," Raymond said.

Ten countries, including North Korea and Iran, now have the ability to launch a satellite into orbit. Russia and China are developing technology that could blind or damage U.S. satellites.

Asked how confident he is that the eye will never blink, Raymond said, "It doesn't blink. It's always open."

That's partly because of giant golf ball-like structures that dot the Aurora, Colorado, skyline. Inside each of these weather-resistant domes, sits a 60-foot satellite dish that scans the planet for the most dangerous weapons.

"Many people think that we have missiles inside these radomes. We do not have anything that dangerous this close to Denver. They are simply satellite antennas meant to pass mission data," said Tech. Sgt. William Lane.

About 60 miles south at Schriever Air Force Base in Colorado Springs in a highly-restricted and unassuming room, just eight people keep watch over the global positioning system or GPS.

Capt. Brittany Morton says GPS has been woven into virtually every aspect of life on earth.

"It affects four billion users worldwide. What kind of thing in this world do you know that affects everybody in the – in the globe?" Morton said.

Financial transactions, power grids and farming equipment all rely on precision timing from GPS and that makes these satellites a prime target for our adversaries.

"Well, I think it depends on the context," Gen. Raymond said of whether an attack on a satellite is an act of war. "First of all, let me state that we do not want to get into a fight that extends into space. We are all about deterring that. We would take it seriously because satellites provide our nation with great capability and great advantage. It'd be something we would be very concerned about."

"There's not a lot that keeps me up at night. There really isn't. I am extremely confident in the airmen that I'm privileged to lead. We're the envy of the world," Raymond said. "What's challenging me is – wanting to go fast. We have the world's best space capabilities. We want to run fast to make sure that that's always the case."

This is the new battle for supremacy.

Tune in to "CBS This Morning" on Wednesday, Oct. 25 for part two of this report. Bianna Golodryga goes to the Cheyenne Mountain Air Force station – known as America's Fortress – an underground bunker designed to survive any nuclear or missile attack. It could possibly serve as the eyes and ears of the president if the homeland were ever attacked.