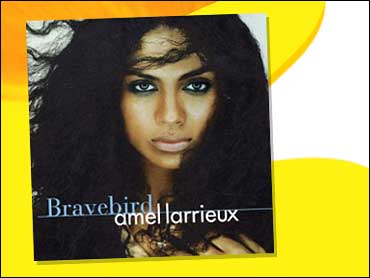 Amel Larrieux first hit the scene years ago as the lead singer of the group Groove Theory. Years later, she decided to take the big step and strike out on her own.

Today, Amel is still flying solo with her second CD, "Bravebird," which she recently released under her own label.

Her album mixes a range of R&B, soul, hip-hop, jazz and folk, among other styles. And in some of her songs she pays tribute to those who have suffered.

In the title track, for example, she sings of the horror of female circumcision. "Givin' Something Up," focuses on women and their families facing abuse, exploitation or infidelity. And in "Congo," she offers a tribute to New Orleans' Congo Square, where slaves once gathered to share music and spark the birth of jazz.

The neo-soul artist recently got a Grammy nomination for her work as a featured artist on Stanley Clarke's "Where is The Love."

Visit Amel Larrieux's Web site to find out more about the artist.