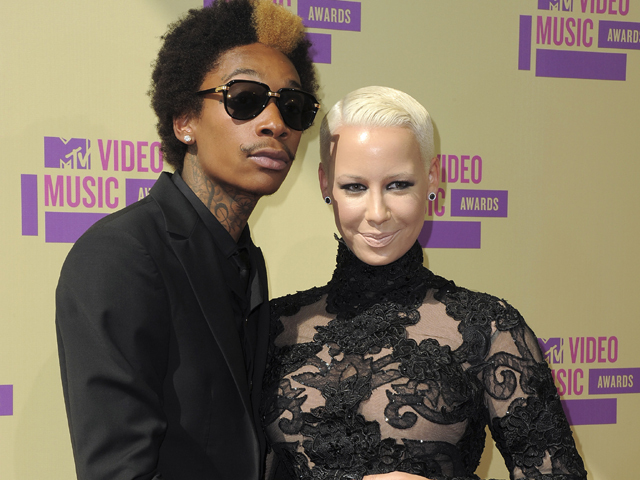 (CBS News) Last year, it was Beyonce. This year, it's Amber Rose.

The 28-year-old model announced on the red carpet at the 2012 MTV Video Music Awards Thursday night in Los Angeles that she and fiance Wiz Khalifa are expecting their first child.

Her baby bump was clearly visible in her tight lace and mesh black dress. And, of course, she did the belly rub, bringing up memories of Beyonce doing the same thing after her performance at the 2011 VMAs.

The two, who became in engaged in the spring, have been deflecting questions of a pregnancy for several weeks. Last month, the "Say Yeah" rapper, 23, told Philadelphia's Hot 107.9 that he wanted children but it wasn't time for that yet.

And of course, Beyonce, as everyone knows, gave birth in January to Blue Ivy Carter, the first child for her and husband Jay-Z.