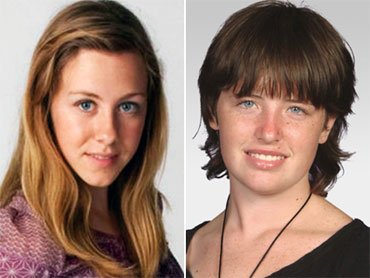 "He will burn in hell for the acts he's committed," Maurice Dubois said during the sentencing of John Gardner III in a California court Friday.

Gardner was sentenced to three life sentences without possibility of parole for raping and killing Amber Dubois, 14, and Chelsea King, 17.

"Look at me," she said before describing her beloved daughter.

"Chelsea was a sweet, loving, and innocent soul who could not have fathomed the wretched piece of evil that ended her life that day," said Kelly King.

"Chelsea was everything this man was not," said her father Brent King. "She was as good as this man is evil."

One by one, each parent came to the podium to address the man that stole their daughters.

"I truly hope he suffers a hundred times the amount of pain he caused our families," Amber Dubois' father said. "I just hope that day is an agonizingly long way away, and that he will have to suffer as much as we all have."

Superior Court Judge David Danielsen sentenced Gardner, 31, to two life terms without parole for the rape and murder of both Amber Dubois and Chelsea King, and a third life term for the attempted rape of Candice Moncayo, a jogger who managed to escape Gardner's attack by elbowing him in the nose.

Chelsea King, a straight A high school student,  went missing Feb. 25, 2010 while running in a San Diego park. Her body was found five days later in a shallow grave by a lake. Amber Dubois went missing one year earlier almost to the day. Her skeletal remains were found soon after Chelsea King's.