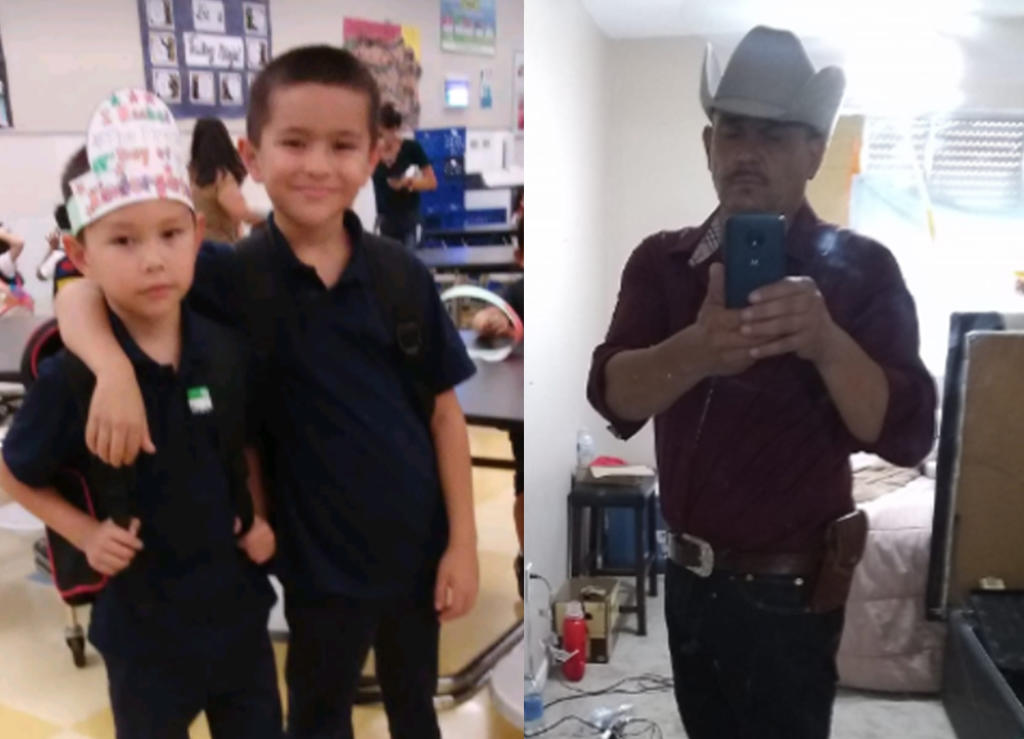 Police in Phoenix have issued an arrest warrant for a man accused of abducting his two sons after fatally shooting their pregnant mother and another man. The Phoenix Police Department said investigators have probable cause to arrest 47-year-old Dimas Coronado on suspicion of three counts of homicide, CBS Phoenix affiliate KPHO-TV reports.

"He is considered armed and dangerous," Sgt. Armando Carbajal of the Phoenix Police Department told the station in an email.

On Saturday, authorities issued an Amber Alert for the two boys, 8-year-old Victor Coronado-Nunez and 5-year-old Jonathan Coronado-Nunez. The alert remains active as of Sunday morning.

Police said they responded to a double shooting at 4:30 a.m. Saturday morning. The victims were identified as 24-year-old Oralia Nunez, the mother of the boys, and 34-year-old Omar Gonzalez. A cousin told KPHO-TV Nunez was eight months pregnant.

Police said Nunez's roommate came home from work and discovered the victims. Gonzalez was pronounced dead at the scene and Nunez was rushed to the hospital where she died.

Nunez and Coronado had been married for nine years, police said, but they were living apart for the past several months. Investigators said there was a history of domestic violence. A friend of the family said Nunez was afraid of Coronado because she was fighting for custody of the children.

Investigators are looking for a green Ford pickup truck with a white camper shell. The truck has a State of Chihuahua license plate with the number ZUD 7164.