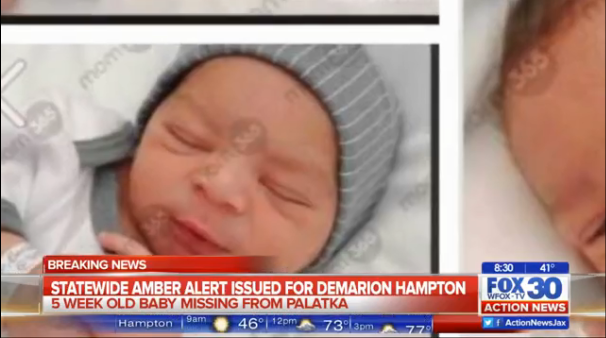 PUTNAM COUNTY, Fla. -- A statewide Amber Alert has been cancelled for a five-week-old Florida baby boy who was found safe, according to CBS affiliate WJAX-TV.

According to the police department, the child was picked up by Charteria Pittman to have holiday photos taken Monday morning. According to police, the baby was found safe after noon on Tuesday, and was with Pittman's stepmother.

Charges are reportedly pending for the teen for allegedly taking the baby, according to the station.

The Florida Department of Law Enforcement had issued the alert for Demarion Hampton of Palatka -- about an hour's drive south of Jacksonville -- early Tuesday morning.