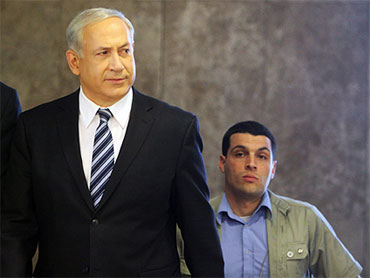 Michael Oren, Irsaeli's ambassador to the United States, "has told the country's diplomats there that U.S.-Israeli relations face their worst crisis in 35 years," according to Haaretz.

The deterioration in diplomatic relations was spurred in part by an Israeli decision to build new housing units in East Jerusalem, an area it captured in the Six Day War in 1967 that the Palestinians want to be the capital of their proposed state.

Anger over the decision to build the housing units was exacerbated by the timing of the announcement of Israeli plans to do so -- during a trip to the region by Vice President Joe Biden in an effort to get peace talks back on track. The announcement was seen as an embarrassment to the vice president, who "unequivocally" condemned it on behalf of the administration. Secretary of State Hillary Clinton believes, according to the State Department, that it sent "a deeply negative signal" for the peace process.

"The announcement of the settlements on the very day that the vice president was there was insulting," Clinton told CNN Friday. The State Department said Clinton called Israeli Prime Minister Benjamin Netanyahu (pictured) to express her displeasure.

That blunt criticism was followed by a statement from the American Israel Public Affairs Committee, or AIPAC, the powerful lobbying group. AIPAC said "The Obama Administration's recent statements regarding the U.S. relationship with Israel are a matter of serious concern. AIPAC calls on the Administration to take immediate steps to defuse the tension with the Jewish State." (Here's the full statement.) The group added that "The Administration should make a conscious effort to move away from public demands and unilateral deadlines directed at Israel."

Biden's trip to Israel was meant in part to stress the strong U.S.-Israeli relationship and came amid an announcement of the resumption of indirect peace talks. But the announcement of plans to build 1,600 new homes in East Jerusalem resulted in the opposite message being sent. According to Foreign Policy magazine, Biden reportedly told Netanyahu, after referencing a briefing from US Central Command commander Gen. David Petraeus, "What you're doing here undermines the security of our troops who are fighting in Iraq, Afghanistan and Pakistan."

Netanyahu, meanwhile, is vowing that building in East Jerusalem will continue and is not rejecting the decision to build the 1,600 new homes. Palestinian leaders say they will not re-engage in direct peace talks unless the decision is overturned.

Clinton plans to speak on the final day of AIPAC's yearly conference in Washington, which is taking place from March 21st through 23rd. Roughly half of the members of Congress traditionally attend some portion of the event. Netanyahu and opposition leader Tzipi Livni are also slated to speak.

J Street, a more liberal and less powerful Israel-focused lobbying group, also issued a statement on Israel-U.S. relations, though it is backing the administration, calling U.S. reaction to the announcement of new building "understandable and appropriate."

House Republican Leader John Boehner issued a statement criticizing the Obama administration's reaction to Israel's announcement as "irresponsible" and "an affront to the values and foundation of our long-term relationship with a close friend and ally."

AIPAC, meanwhile, is emailing supporters and encouraging them to "make statements in support of America's strong relationship with Israel" and "Contact Secretary of State Clinton and urge the United States to immediately defuse the current tension with Israel."

"Most pro-Israel Democrats, along with major Jewish groups, are currently largely on the sidelines; the aim here is to push them into open criticism," writes Politico's Ben Smith.