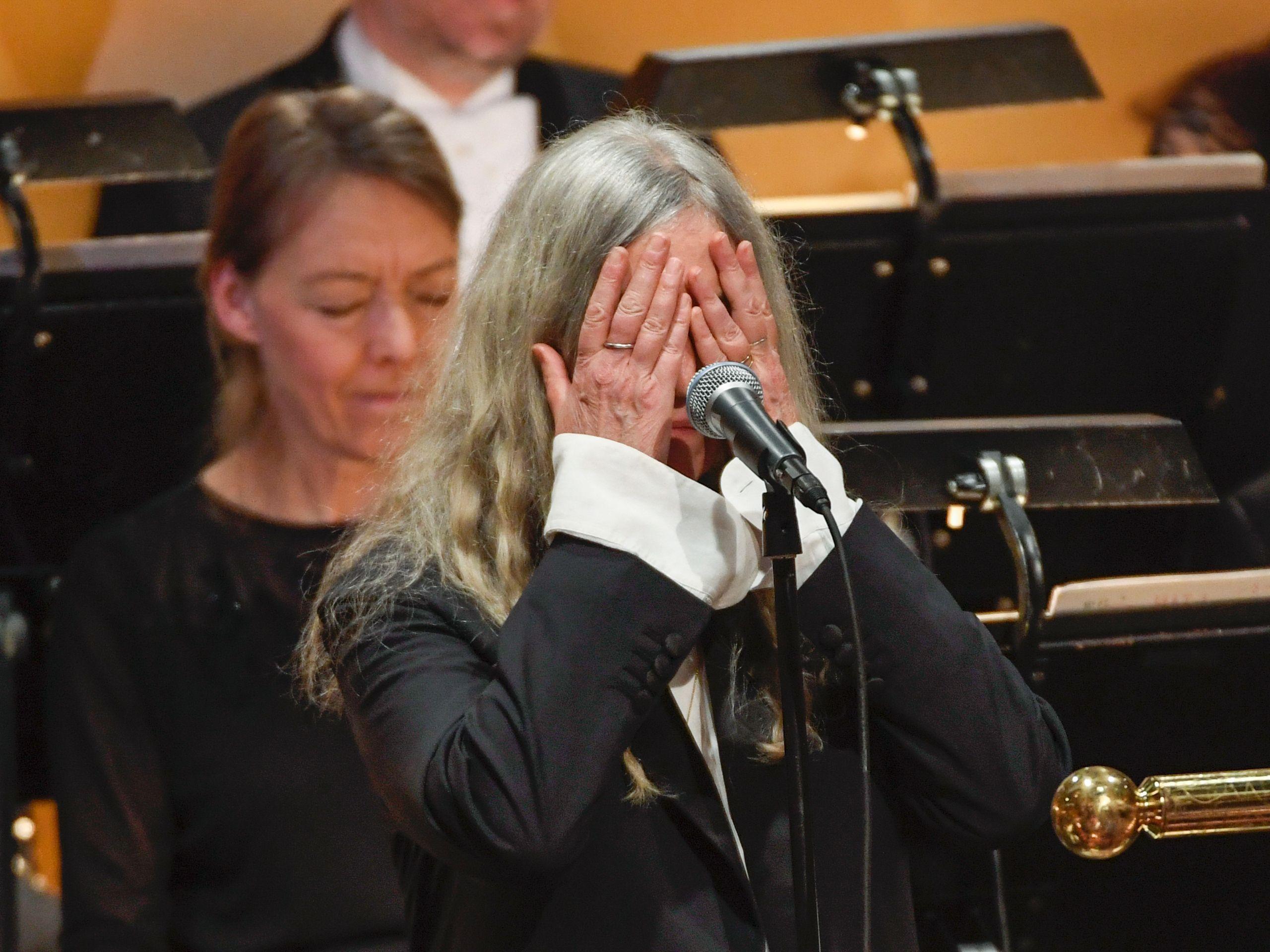 STOCKHOLM -- Bob Dylan has expressed awe at receiving the Nobel Prize in literature and thanked the Swedish Academy for including him among the “giants” of writing. He had to do it from a distance, however, as he was a no-show at the ceremony.

Dylan was absent from Saturday’s award ceremony and banquet in Stockholm. But in remarks read by U.S. Ambassador to Sweden Azita Raji, he alluded to the debate about whether the award should go to a songwriter.

Dylan said when Shakespeare wrote “Hamlet,” he probably was thinking about which actors to pick and where to find a skull.

In his words: “I’m sure the farthest thing from Shakespeare’s mind was: ‘Is this literature?’”

Dylan said he too focuses on “mundane matters” such as recording in the right key, not on whether his songs are literature.

He thanked the Academy for considering the question and “providing such a wonderful answer.”

Despite his absence, the crowd still gave Dylan a standing ovation after a Swedish Academy member praised his work in a speech.

“I apologize. I’m sorry, I’m so nervous,” Smith said, asking the orchestra to start over, as the formally dressed audience comforted her with gentle applause.