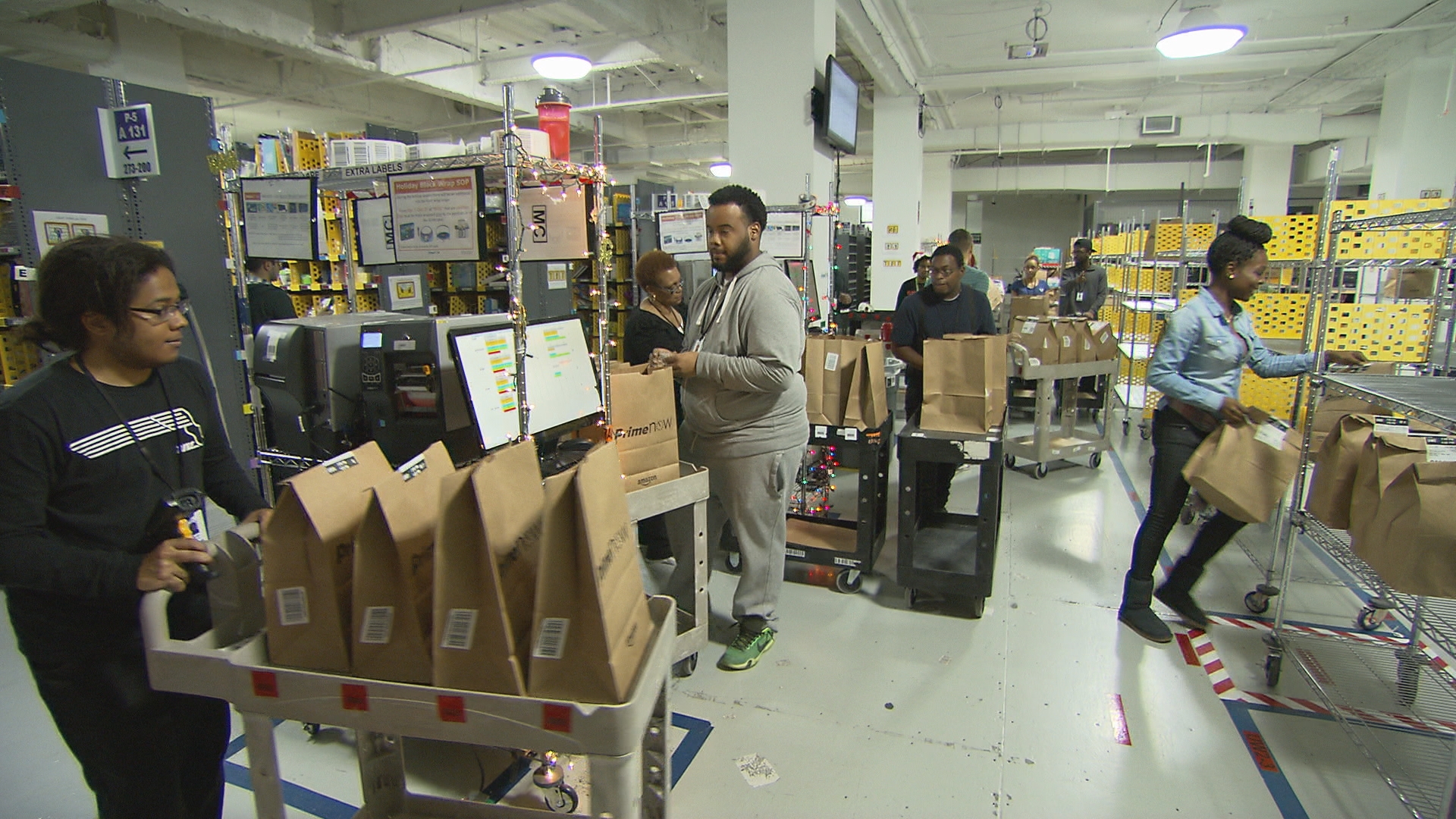 If you still need to finish your holiday shopping, Amazon is offering you a new last-minute option. Amazon Prime customers in several cities can order their holiday essentials and get them within hours.

For the first time this holiday season, Amazon says its Prime customers -- those who pay a $99-a-year subscription fee for free two-day shipping and access to Amazon's streaming services -- can say goodbye to the standard shipping models of the past.

While crowds of holiday shoppers on New York City's 34th Street dart in and out of retail stores, five floors above employees bring some of the season's yuletide joy to you in two hours or less, reports CBS News correspondent DeMarco Morgan.

Using the Prime Now app, last-minute shoppers can choose from over 10,000 items. Amazon guarantees delivery of gifts, pantry items and electronics through Christmas Eve until the clock strikes midnight.

"It changes the game for customers. Being able to get stuff delivered to you in an hour is a huge advantage. But it also is changing the game for our company too. We're adding more shopping days to the holiday season," said Stephenie Landry, worldwide director of Amazon Prime Now.

"There's no way that we can get things to people in an hour if we weren't in the center of the city," Landry said.

As soon as the order arrives, it's processed, bagged and handed off to a delivery associate.

Amazon Prime customers willing to shell out an extra $8 will have their order in an hour. For those willing to wait two hours, the service is free.

In New York City, deliveries are done by subway, bike or on foot.

"Most of Amazon's competitors, you're still looking at 5 to 7 day shipping," Pettypiece said. "It's like Amazon is always one to two steps ahead."

"You call this a procrastinator's dream. Is that sending a bad signal that it's okay to wait until the last minute to get your items out?" Morgan asked Landry.

"Well, we like to serve customers' needs, and we don't judge," Landry responded.

Delivery associate Sylvester Alderman will work from 6 a.m. to midnight on Christmas Eve -- despite his family's wishes.

"I told them I will do work, and I will get off when I can, and I will see them when I get home," Alderman said.

Amazon does not release figures on the number of its Prime subscribers, so we do not know how many customers use this service. If you're curious what happens if you order something on the app that's already sold out, well, you can't. The app only shows what is currently in stock.