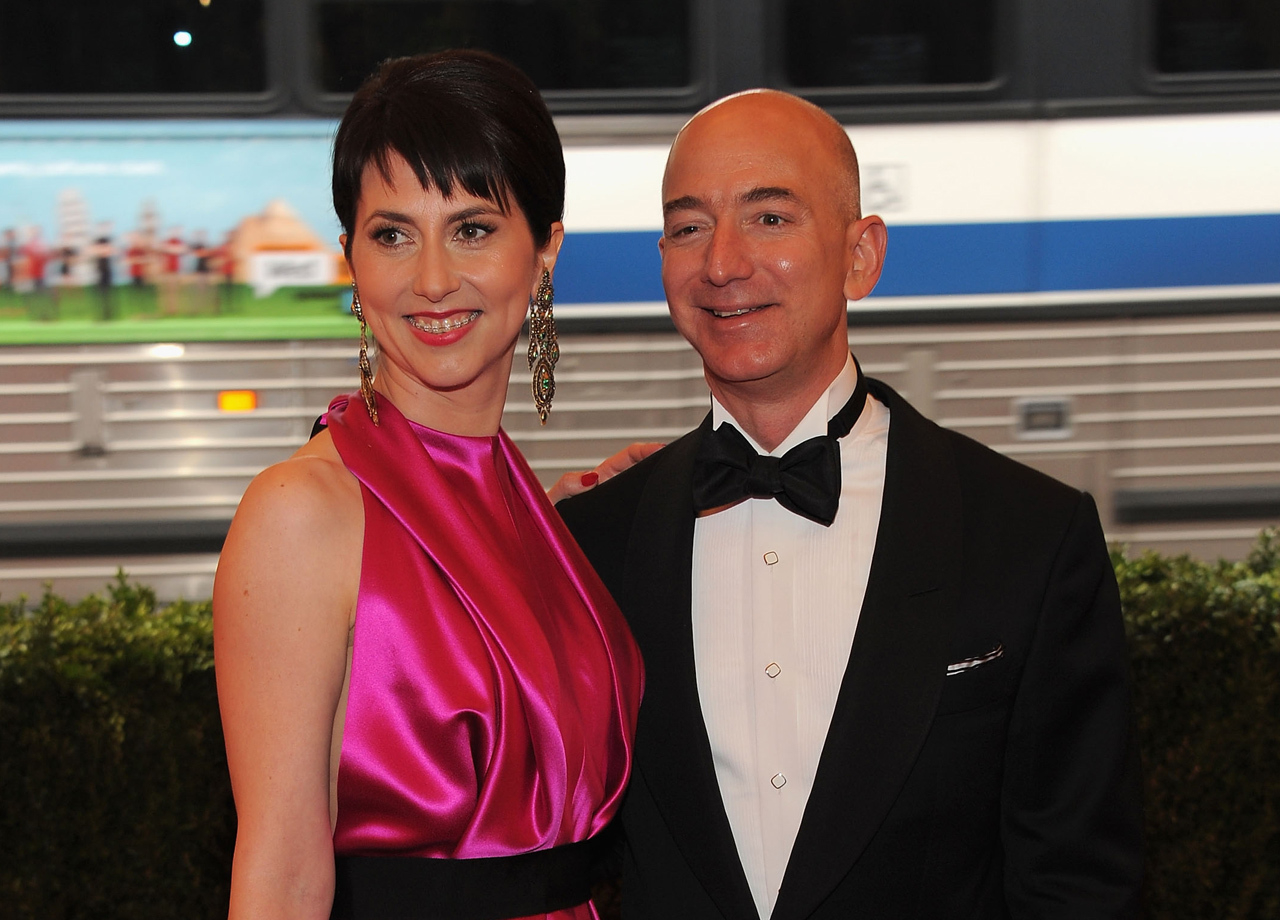 With the gift, Washington United for Marriage has raised more than $5 million for its referendum campaign.

"It's a game changer for us," said campaign manager Zach Silk in Seattle. "It puts us in unique position to win."

But, his group is still the underdog, he said. In 32 previous elections nationally, same-sex advocates have lost.

The Washington election may be the turning point, thanks in part to the Bezos' generous donation, Silk said.

Referendum 74 was certified for the November ballot in May after gay marriage opponents in the group Preserve Marriage Washington turned in more than 240,000 signatures. The referendum seeks to overturn the gay-marriage law signed in February by Gov. Chris Gregoire.

Chick-fil-A: Calls for action from both sides of same-sex marriage
Court: Defense of Marriage Act unconstitutional
Polls on gay marriage not yet reflected in votes

Preserve Marriage Washington wants to preserve marriage as the union between one man and one woman, "because marriage is a unique institution that is profoundly in the common good," the group says on its website.

The same-sex marriage law was supposed to take effect June 7 but has been put on hold.

A "yes" vote on the referendum upholds the law, and a "no" vote overturns it.

Same-sex marriage is legal in New York, Connecticut, Iowa, Massachusetts, New Hampshire, Vermont and Washington, D.C. Maryland legalized gay marriage this year as well, but that state also is poised to have a public vote this fall.

In Maine, voters will decide on an initiative to approve same-sex marriage three years after a referendum overturned a law passed by the Maine Legislature.

And in Minnesota, voters will decide whether to pass a constitutional amendment to ban gay marriage.

Silk expects the organization seeking to repeal the law will receive an infusion of cash late in the campaign from the Washington, D.C.-based National Organization for Marriage, which was involved in ballot measures that overturned same-sex marriage in California and Maine.

Silk expects the other side will spend $4 million to $7 million.

"We take them at their word and we need to dig deep," he said.

A call to the Preserve Marriage Washington office early Friday morning was not answered.

Silk said that despite the recent big-name donors, 80 percent of his organization's 8,000 donations have been for less than $200.

"This is a grassroots movement," he said. "This is an issue of fundamental fairness."