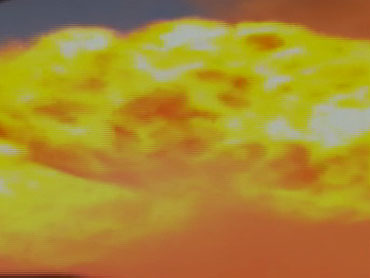 Walter McCaffrey says he never smelled gas in his neighborhood in the San Francisco suburb of San Bruno.

But on Thursday, a gas pipeline ruptured, sparking a gigantic fireball that engulfed home after home. At least four people were killed.

At first, McCaffrey told "Early Show" co-anchor Harry Smith, he thought a plane crash had crashed. It was only later that he would learn what had actually happened.

Just moments after the blast, McCaffrey began recording iPhone video of the towering flames, from his backyard patio.

He called his wife, urging her to stay out of the area.

The explosion shook the house, and the fire was so intense he couldn't get outside, onto his deck.

But he managed to escape without injury, and his house wound up suffering only minor damage.

To see his interview with Smith, and the video he captured, click on the video below: