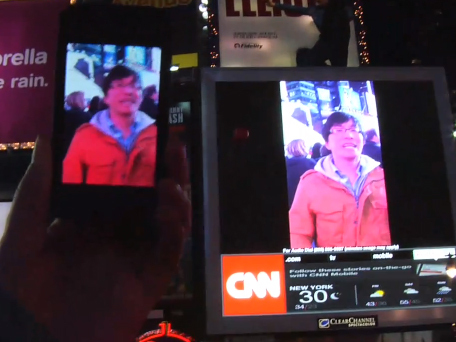 (CBS) - First off I'm going to state that I do not know if this is in fact real or fake. My gut is telling me it has to be fake... but if it's real, I'm so going to buy one! In this video, a man uses his iPhone, and a video transmitter and repeater to "hack" video billboards in Times Square.

Starting off small, he exhibits how the device works on various video billboards on the ground and ultimately leads to a big finale. I'm not going to spoil the ending, but will say it involves a balloon and the giant CNN billboard in the middle of Times Square!