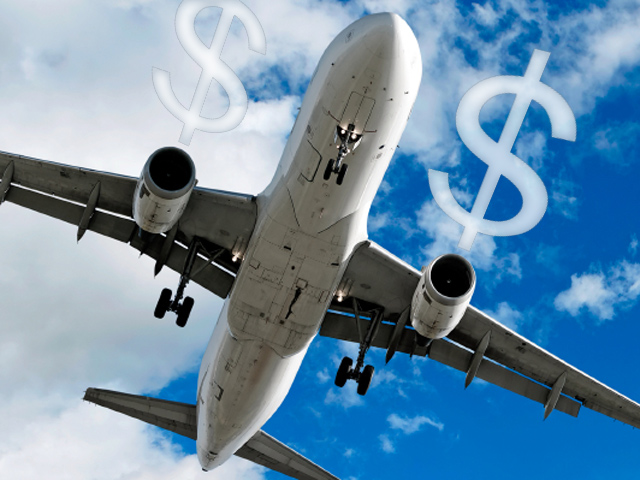 CBS News travel Editor Peter Greenberg discusses recent fare hikes and an array of fees - and how to try to mitigate them on "The Early Show" Thursday, and he does the same in this column.

The last few years has been nothing more than a nickel-and-dime parade by airlines charging extra for everything from checking bags, to pillows, blankets and food, and it has resulted in record profits for the airlines. But the fee for all isn't over yet.

How much money are we talking about?

According to Wisconsin-based research firm IdeaWorks, ancillary revenue amounted to $22.6 billion globally in 2010. And just when you thought it couldn't get any worse, fasten your seat belts (at least THOSE are still free!), because there are more charges coming.

Over the past couple of years, airlines have been reducing capacity across the board and retiring their older, less fuel-efficient planes. Couple that with increasing passenger demand -- the airlines are now filling on average 87 percent of their seats -- in effect flying their planes almost totally full. As a result, there is no incentive for the carriers to offer discounts, and every incentive to raise fares.

This marks the sixth fare increase of 2011. That's more than we've seen in two years. (For comparison, in 2010, there were only four fare hikes, half of which were in December.)

Last week, American Airlines raised fares by $10 on round-trip flights in the 48 contiguous states. Other airlines, like US Airways, United and Continental followed suit shortly after.

On Monday, Southwest matched that hike of $10. This is a notable move, as Southwest has often been known to reject matching fare increases by the legacy carrier.

Other low-cost carriers, like JetBlue, AirTran and Virgin America, also matched the $10 increase.

Delta raised several fares from $10 to $20 per round-trip flight.

The driving force behind these recent airfare hikes? Fuel prices.

According to IATA's (International Air Transport Association) Fuel Price Monitor, this weeks' price of aviation jet fuel is up 50.4 percent from one year ago.

According to Deutsche Bank, every penny per gallon rise in jet fuel costs the industry an additional $170 million a year.

Not surprisingly, when oil prices spiked, the airlines announced the rise in fuel would cut airline profits 50 percent this year. But the surcharges are there for a reason: to preserve those profits.

Besides feeling the effect in skyrocketing ticket prices, travelers are also being hit with an avalanche of ancillary fees from the airlines.

One of the most offensive of the lot, according to most travelers, is the checked-bag fee. In the first three quarters of 2010, the most recent stats available, checked-bag fees alone generated nearly $2.6 billion for U.S. carriers.

Or how about this doozy? Spirit Airlines now charges up to $45 for a carry-on bag.

Remember the days of free in-flight meals? Well, Continental was the last holdout in that amenity, which it scrapped in October. Now Continental's free snacks have also gone the way of the dodo as of March 1. The savings to the airline for not giving away little bags of pretzels in coach: about $2.5 million a year.

Now the airlines are even taking the food-for-purchase concept a step further. United began selling champagne brunches for $24.99 on select transcontinental flights.

Then there's the practice of charging for the basic comforts. How much would you pay to get extra legroom in coach? United has been successful with its roomier Economy Plus seats and the concept will expand into the recently merged Continental fleet.

There are also the folks who pay just to get on board first and sit near first class. That's right, US Airways' Choice Seats are mostly window and aisle seats at the front of the plane (you board with Zone 2). American Airlines charges up to $39 for a coach seat (even a middle seat) closer to the first class section. That means you can smell the chocolate chip cookies served up front, but you STILL can't have one!

Most airlines, including American, United and US Airways, now charge to standby on a different flight on the same day as your ticket. United, for example, charges $50 for standby, and $75 to confirm a seat on the same day.

And then, of course, there's everyone's favorite: change-ticket fees. It now costs as much as $150 domestically, each way, to change the date of your non-refundable ticket. The other day, I needed to change a flight from Salt Lake City to Los Angeles. and it was cheaper to dump the old ticket and simply buy a new one-way ticket for $97 in Delta than pay the airline $150 to change the ticket.

All things considered, there is actually a new fee that I dislike the least: Continental offers something called a Farelock fee. Once you book your flight and agree on a fare, you can hold that fare for three days ($5) or a week ($9). Considering how much the airlines like to raise fares, this is a fee that could save you money.

But wait, there's more! The TSA wants to increase airport fees because travelers aren't checking their bags! To avoid bag-check fees, travelers are routinely opting for carry-ons, but the TSA says that's more bags that have to be inspected by hand at checkpoints. The cost, they say, is getting shifted to taxpayers to the tune of $260 million a year. So now the TSA (Transportation Security Administration) is looking to get a cut of some of the checked baggage fees the airlines collect

That's the bad news. So how can you get around these costs, or at least mitigate them?

- If you're planning on summer travel, start looking at fares NOW. Plan to purchase early summer tickets by mid- to late-March.

- Don't plan for specific dates. Plug in your desired route to get airfare alerts from the airlines, FareCompare and Bing Travel, and jump on the deals when they appear.

- Search engines like Kayak.com and Momondo.com have handy calendars that show you the fares on different dates, so you can adjust your travel dates accordingly.

- Don't be stuck on a particular destination. Instead, sign up for airfare alerts from your own departure city, look for Twitter promotions, and go when, and where, the price is right.

- The best day to buy tickets is usually late Tuesday night, but keep an eye on those prices throughout the week. Bing Travel's "farecast" feature is a handy tool that tells you if prices on your specific route are expected to go up, down, or remain steady.

Don't expect it to be easy (expect it to be virtually impossible) to redeem those hard-earned frequent-flier miles. So why still collect them? Because once you reach elite status, you might not get that award ticket, but your new status qualifies you to have the checked-bag fee waived, and some airlines even waive standby fees to their elite passengers.

For the latest in travel news and advice, visit PeterGreenberg.com.