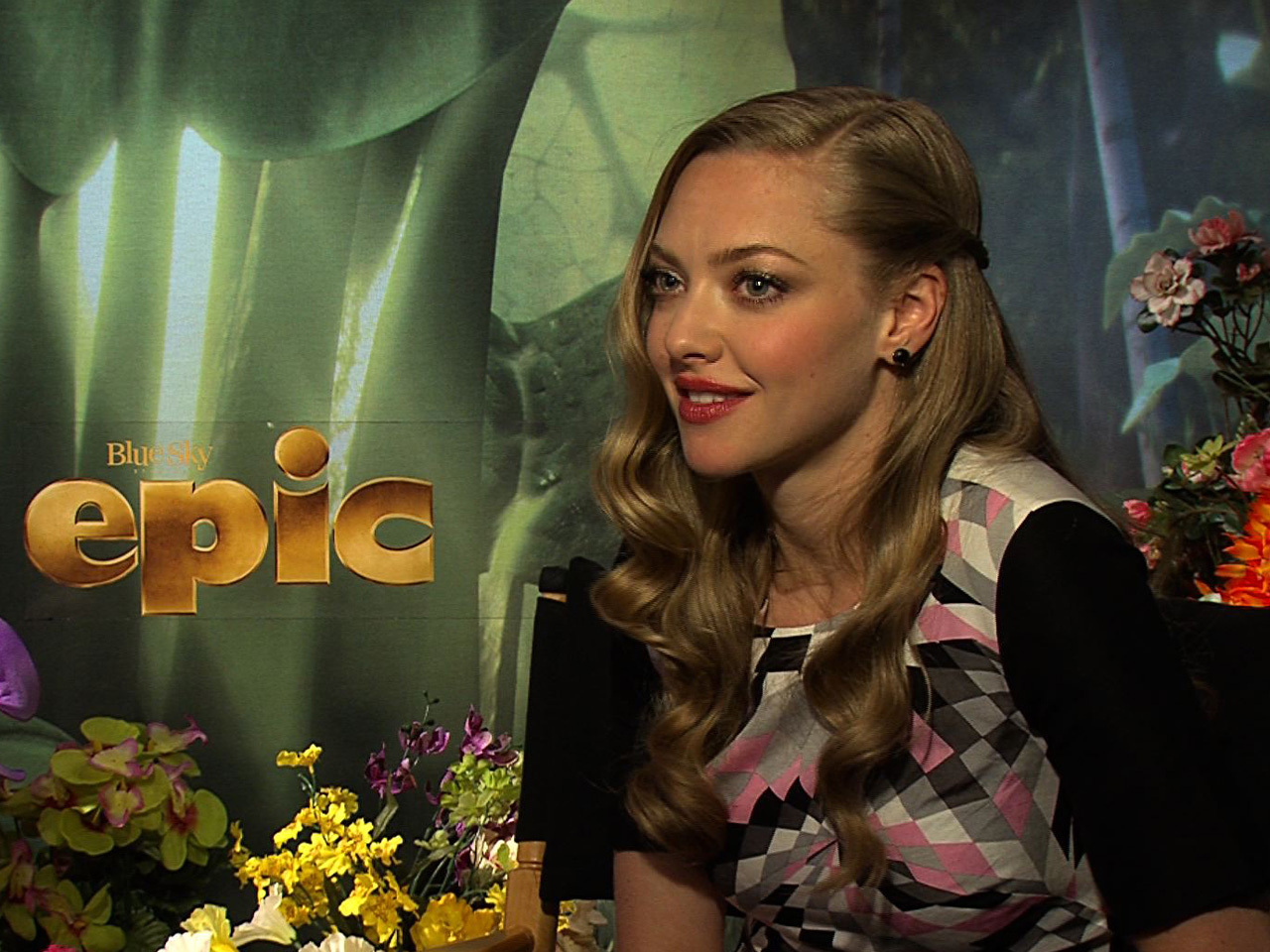 The 27-year-old "Lovelace" actress has a new movie coming out -- "Epic," an animated tale about a young woman (Seyfried) who gets shrunken down to miniature size and winds up in a magical forest world. Beyonce, Colin Farrell, Aziz Ansari, Chris O'Dowd and rapper Pitbull also lend their voices to the film.

Seyfried recently left the New Mexico set of her latest film to promote "Epic" in New York, where she shared details about "A Million Ways to Die in the West" with CBSNews.com.

She also had high praise for MacFarlane's acting abilities: "He's like a movie star. Seth MacFarlane is actually a movie star. Finally, he comes out from behind the camera and he's so funny."

See more of our interview with Seyfried at the top of this story.