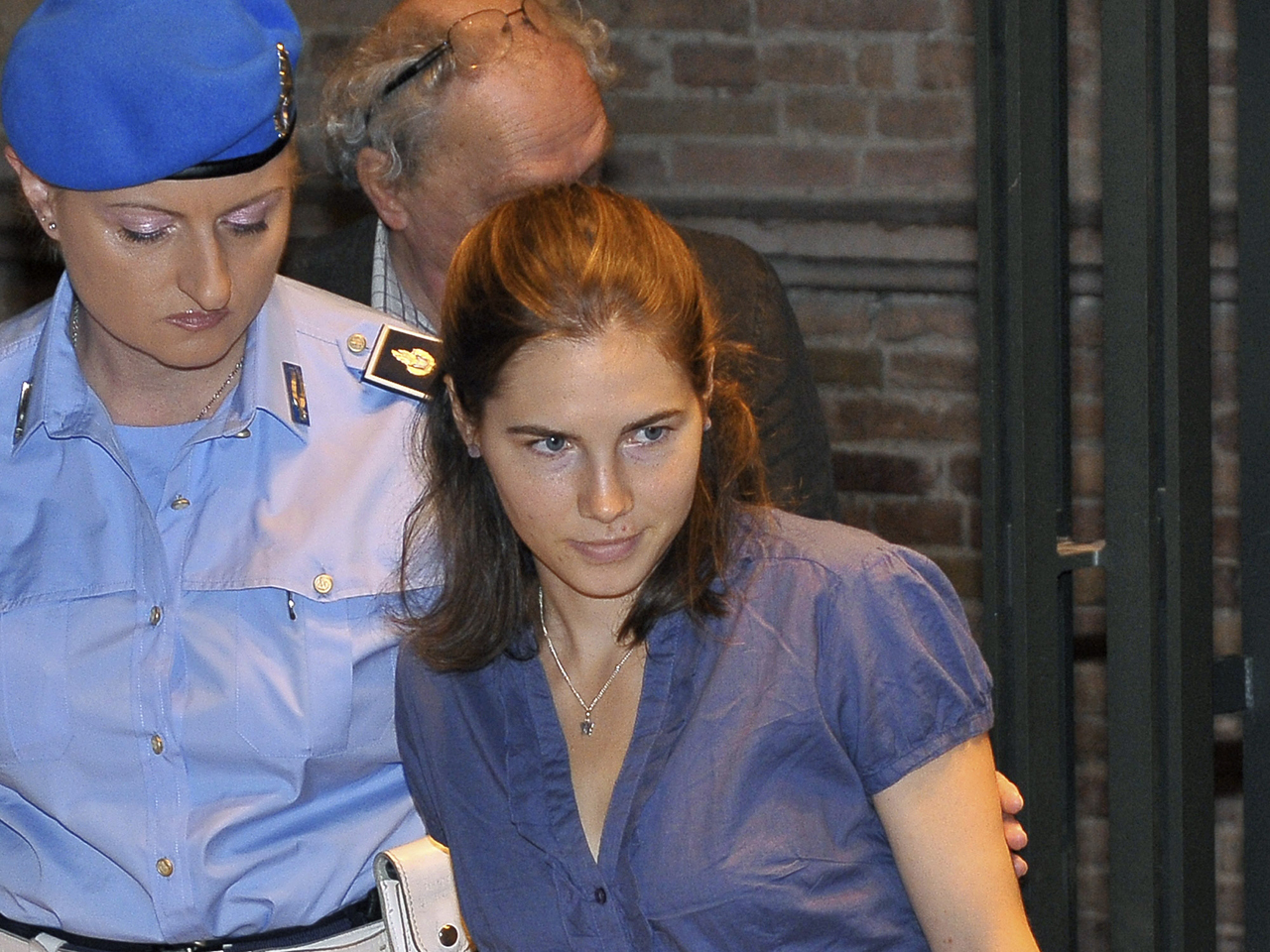 PERUGIA, Italy - The appeals case of Amanda Knox, the American student convicted of killing her British roommate, resumed Monday with lawyers questioning independent experts who cast doubt on the evidence used in the first trial.

The 24-year-old from Seattle who has been behind bars since the November 2007 murder was in the Perugia courtroom, as was her co-defendant and onetime boyfriend, Raffaele Sollecito.

The appeals trial picked up where it left off before the summer recess in late July: with questioning of independent experts who have reviewed the collection and analysis of DNA evidence used to convict Knox and Sollecito.

The two were convicted in Dec. 2009 of sexually assaulting and killing Meredith Kercher in the apartment Knox and the 21-year-old Briton shared while studying in Perugia. Knox was sentenced to 26 years in prison; Sollecito to 25.

Both deny wrongdoing, and have appealed.

The argument, reports CBS News correspondent Mark Phillips, centers on DNA evidence found on a knife at the crime scene; the victim's DNA on the blade, and Knox's on the handle. The traces were so minimal that forensic experts now say they were unreliable at the time of conviction, and too small to be re-examined now.

Knox's lawyers argue that other evidence - including DNA on a bra strap clasp - was mishandled by police, and is thus unreliable as well.

For Kercher's family, uncertainty over who killed the young woman makes coming to terms with her death - even four years after the murder - even more difficult.

"It is extremely difficult to understand how evidence gathered with care and presented as valid at the original trial now risks becoming irrelevant," Meredith's sister Stephanie wrote in a letter to the court.

Stephanie Kercher issued the letter asking the appeals court to assess "every single (piece) of evidence" so that justice can be done.

"My sister, a daughter brutally and selfishly taken from us nearing 4 years ago — and yet a not a single day goes by that we can grasp any peace or closure," she wrote.

The hearings will continue through the week, with the parties expected to sum up their cases. After rebuttals later in September, an appeals verdict is expected by month-end.

Knox's defense received a boost after the independent experts questioned much of the evidence that was collected in the original investigation, saying procedures to obtain it fell below international standards and may have led to contamination. They especially focused on some traces of DNA linking the defendants to the crime, and concluded that due to the risk of contamination and the low amounts of DNA used for the testing it was impossible to extract a genetic profile with any certainty.

"There were aspects of the case that needed to be addressed, they were addressed, and now there's nothing left of the case," Knox's stepfather, Chris Mellas, told the AP.

Mellas, who attended the session Monday, described Knox as "happy that we're back in court again, and I think a little bit anxious, not wanting to get her hopes up."

"Every break is difficult — you want this thing to continue on until it's done," he added.

Prosecutors have questioned some of the independent experts' findings, and maintain the evidence should stand. The Kercher family insisted they still had faith in the Perugia police, investigators and the court.

"We ask that the Court of Appeal assess every single (piece) of evidence, both scientific and circumstantial, as well as any witnesses who have taken the stand independently of any other information or media," Stephanie Kercher said in the letter.

The Kercher family has kept a low profile throughout the media-hyped case. The letter, released through the family's lawyer Francesco Maresca, represented a rare break in their silence.

Pointing her finger to the "media frenzy" surrounding the case, Stephanie Kercher lamented that "Meredith has been forgotten because she is no longer with us, yet this should be about her and what really happened on that tragic evening."

Knox has been the center of attention since her arrest on Nov. 6, 2007 — four days after Kercher's body was found in a pool of blood at the apartment. Knox has been described both as an angel-faced but ruthless killer and as an innocent girl caught in a judicial nightmare.

A third person, Rudy Hermann Guede of the Ivory Coast, also has been convicted of murder in a separate proceeding. Italy's highest criminal court has upheld Guede's conviction and his 16-year-prison sentence. Guede denies wrongdoing.

On "The Early Show" Monday, former prosecutor Beth Karas, now a correspondent for TruTV's "In Session," discussed the Knox appeal in general with co-anchor Debbye Turner Bell -- and the apparent weakness of the DNA ecidence against Knox in particular: