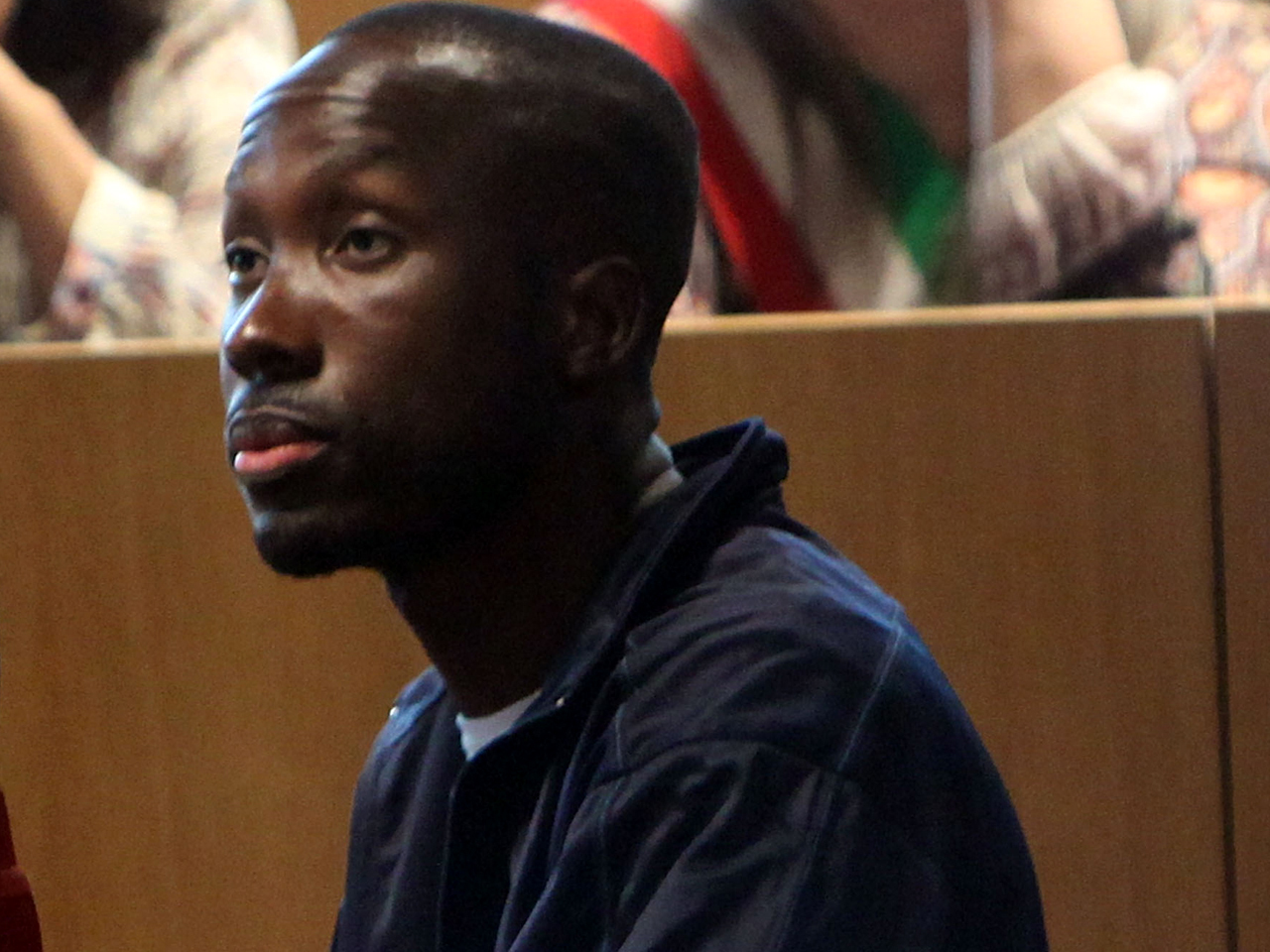 PERUGIA, Italy - A lawyer for the sole man now convicted for the stabbing death of Amanda Knox's British roommate said Tuesday he will seek a retrial.

No other suspects have ever been named in the brutal slaying of 21-year-old Meredith Kercher besides Ivory Coast native Rudy Hermann Guede. However, the court at his trial concluded he did not act alone.

Special Section: The Appeals Trial of Amanda Knox
Now free, Amanda Knox flies back to U.S.
Kerchers "back at square one" after Knox verdict

Prosecutors had maintained that Knox, her co-defendant Raffaele Sollecito and Guede killed Kercher during a lurid, drug-fueled sex game. But the prosecution's case was blown apart by a DNA review ordered during the appeals trial that discredited crucial genetic evidence, leading to the release of Knox and Sollecito.

Guede lawyer Valter Biscotti told The Associated Press on Tuesday he would seek a revision of the trial for his client. He refused any further comment on the verdicts.

Guede was convicted in a separate fast-track procedure from Knox and Sollecito and saw his sentence cut to 16 years in his final appeal. He says he is innocent, though he admits being in the house the night of the murder. Taking the stand during the appeals trial, he said he believes Knox and Sollecito are guilty.

One of the biggest questions left unanswered in the case centers on Guede, a small-time drug dealer and drifter who spent most of his life in Italy after arriving in the country from Ivory Coast. Guede used to play basketball near the crime scene and was a passing acquaintance of Knox. Sollecito says he did not know him.

The courts that convicted him say Guede took part in the sexual assault that led to Kercher's stabbing death, leaving traces of DNA on the victim and at the crime scene.

Defense lawyers for Knox and Sollecito maintain that Guede was the sole killer, while prosecutors say that bruises and a lack of defensive wounds on Kercher's body prove that there was more than one aggressor holding her into submission. However, they could never quite explain how Knox and Sollecito, who had been dating for less than a week, would be involved in an extreme sexual scenario with somebody only one of them barely knew.

Italy's highest criminal court, in upholding his conviction, said Guede had not acted alone. However, the court's ruling does not name Knox and Sollecito as Guede's accomplices, saying it was not up to the court to determine that.

But the Kercher family was perplexed, saying, in the words of Lyle Kercher, the victim's brother, that the verdicts "obviously raises further questions in as much as there is a third defendant, Rudy Guede, who is convict... As far as I understand, the courts agree he wasn't acting alone."

The case captivated Italy and is likely to remain one of several unsolved judicial mysteries in the country.