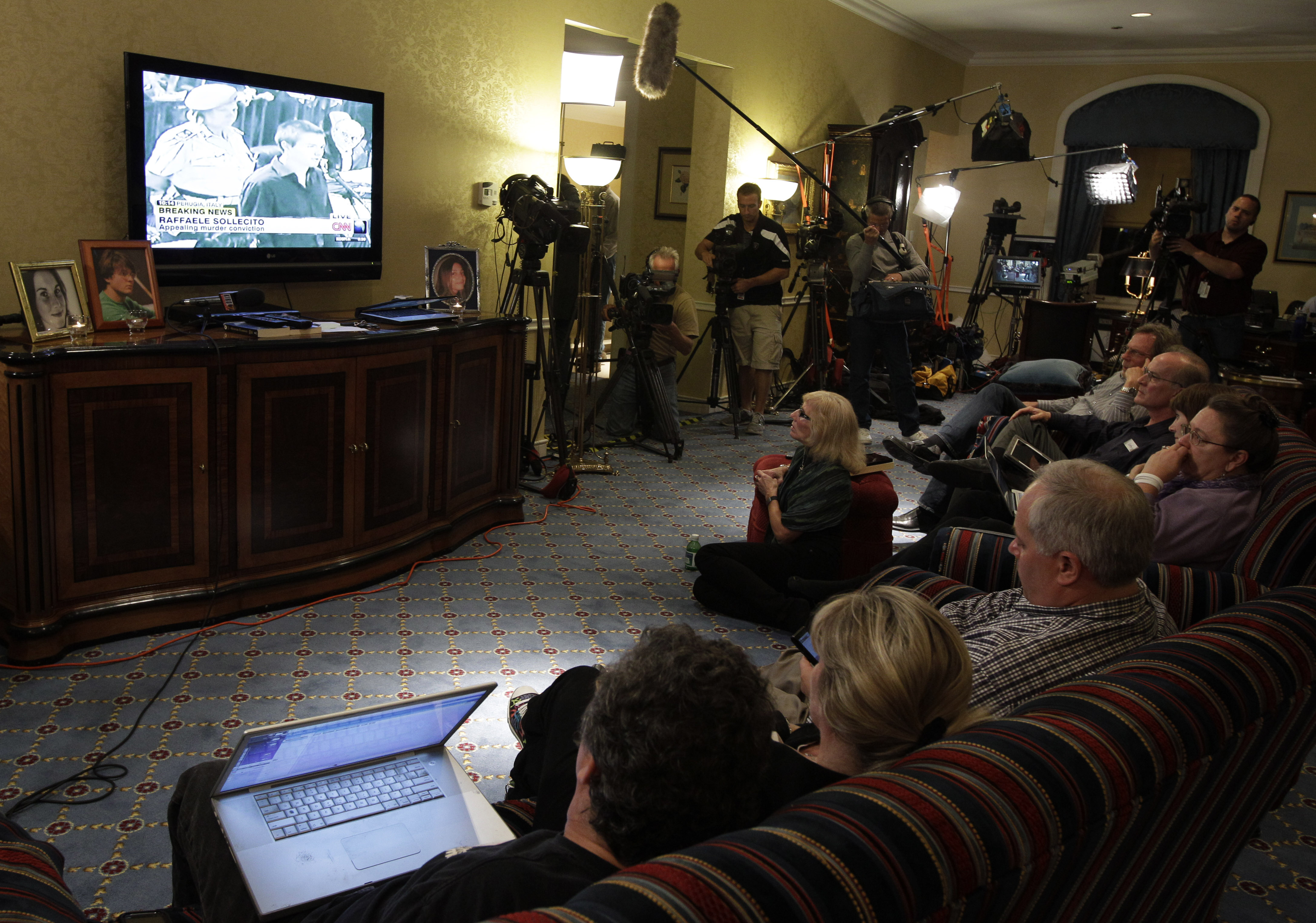 As Amanda Knox waits for the verdict in her appeal, her supporters in her hometown are especially on edge.

"Early Show" contributor Hattie Kauffman reports from Seattle that it was, literally, a sleepless night in the city for some who are following case. Because of the time difference, it was just after midnight in the city when court proceedings in Perugia, Italy, began.

Complete coverage: The appeal trial of Amanda Knox
Amanda Knox: "I am innocent"

More than a dozen of Knox's supporters are still camped out awaiting the verdict. They packed into a hotel suite, watching a feed from the courtroom. These are people who knew her from high school and college at the University of Washington. They listened intently, as their friend Amanda Knox, made her statement to the judge and jury.

Margaret Ralph, a family friend of Amanda Knox, tells Kauffman, "It was right from the depth of her soul. At least (she's) humanized now. (She's) not the tabloid. ... I really have some good, good solid feelings that it'll be a positive outcome.

But, Kauffman adds on "The Early Show," Knox's supporters also thought there would be a positive outcome two years ago when then the initial trial ended. However, instead of a homecoming, Knox was convicted.

Kauffman says there is hope in Seattle among her supporters this time around, but also a lot of nervousness.