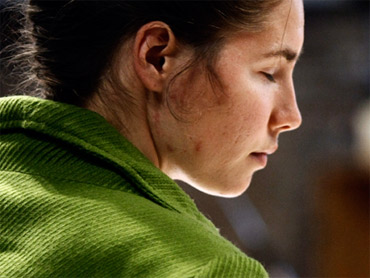 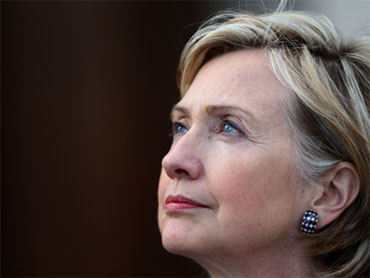 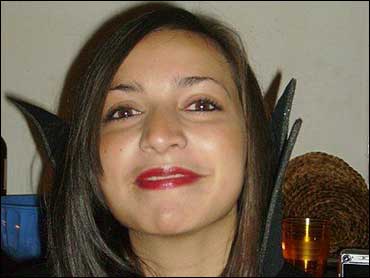 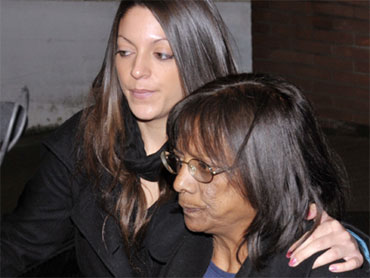 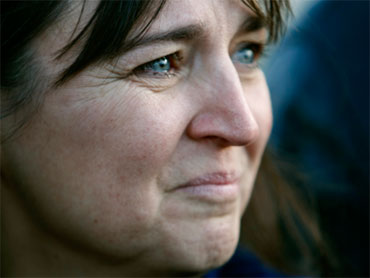 (AP Photo/Pier Paolo Cito)
WASHINGTON (CBS/AP) Days after American Amanda Knox was sentenced to 26 years in an Italian prison for murdering her British roommate, Meredith Kercher, Secretary of State Hillary Rodham Clinton says she'll meet with anyone who has concerns about the case.

Knox, of Seattle, and her ex-boyfriend, Raffaele Sollecito, were found guilty Dec. 4 of murdering Kercher in what the prosecution has called a sex game gone wrong. All three were college students in Perugia, Italy, when the 2007 slaying occurred.

Another man, Rudy Hermann Guede, was convicted in October 2008 for his role in the killing and sentenced to 30 years. Guede's appeal is ongoing.

The guilty verdict has stirred fears of possible diplomatic repercussions between the two countries, who are longtime allies.

Clinton says she's been tied up with Afghanistan policy and hasn't examined the case. She also says she hasn't expressed any concerns to the Italian government.

Knox's family insists Amanda is innocent and is a victim of character assassination. They have said the prosecution's sex game theory was ridiculous. Knox herself called it "pure fantasy." Knox's lawyers maintained that there was no physical evidence tying Knox to the crime. They plan to appeal.

Sen. Maria Cantwell, a Democrat from Washington State, has said she plans to bring her own concerns, including whether "anti-Americanism" tainted the trial.

Italy's foreign minister, Franco Frattini, says there have been no adverse relations between Rome and Washington over the murder conviction.

Knox sought comfort from visiting family members who have been able to see her in prison since last Friday's conviction.

"Amanda like the rest (of us) is extremely disappointed, upset about the decision," Knox's mother, Edda Mellas, said after the visit to the prison just outside Perugia. "We told her that she's gonna get out of here. It's gonna take a little longer."

Photo: Amanda Knox's mother Edda Mellas talks to reporters after visiting her daughter in jail in the outskirts of Perugia, Italy, Saturday, Dec. 5, 2009.

Knox and Kercher's families came to this central Italian town for the verdict, which was announced at around midnight around 11 hours of deliberations. The court also convicted Knox's co-defendant and former boyfriend, Italian Raffaele Sollecito, handing down a 25-year jail term for the murder.

Knox and Sollecito's appeals are automatic in Italy.

Lawyer Luciano Ghirga said Knox was kept under strict surveillance. He denied reports that she had been put under suicide watch, which is the standard practice in such cases.

The prosecutors said they were satisfied with the ruling and would not seek to appeal, even though the court did not grant their request for life imprisonment. Prosecutor Manuela Comodi said that the verdict "recognizes the defendants are guilty of all the crimes they had been charged with."

TELEVISION
48 Hours Mystery will examine the case and the aftermath of the verdict Saturday Dec. 5, at 10 p.m. ET/PT