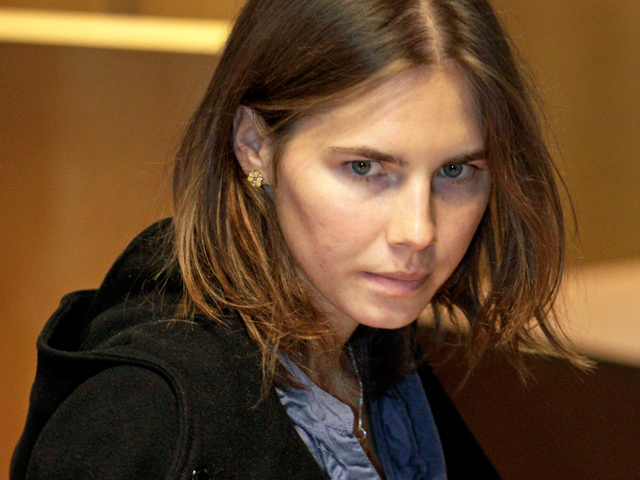 (CBS/AP) SEATTLE - After arriving back on American soil Tuesday, Amanda Knox thanked all those who believed in and defended her during her trial in Italy over the sexual assault and fatal stabbing of her British roommate.

"Thank you for being there with me," she said through tears, shortly after the plane carrying her to freedom landed in her hometown of Seattle.

"I'm really overwhelmed right now. I was looking down from the airplane, and it seemed like everything wasn't real," she said.

Knox cried as she saw her supporters for the first time after she spent four years in an Italian prison.

Her attorney, Theodore Simon, reiterated her claims of innocence in the case, which has made her a tabloid staple on two continents. The conviction was overturned amid doubts over DNA evidence. Prosecutors insist she was among three people who killed 21-year-old Meredith Kercher.

The University of Washington student was studying abroad in Perugia at the time Kercher was killed, in Nov. 2007.