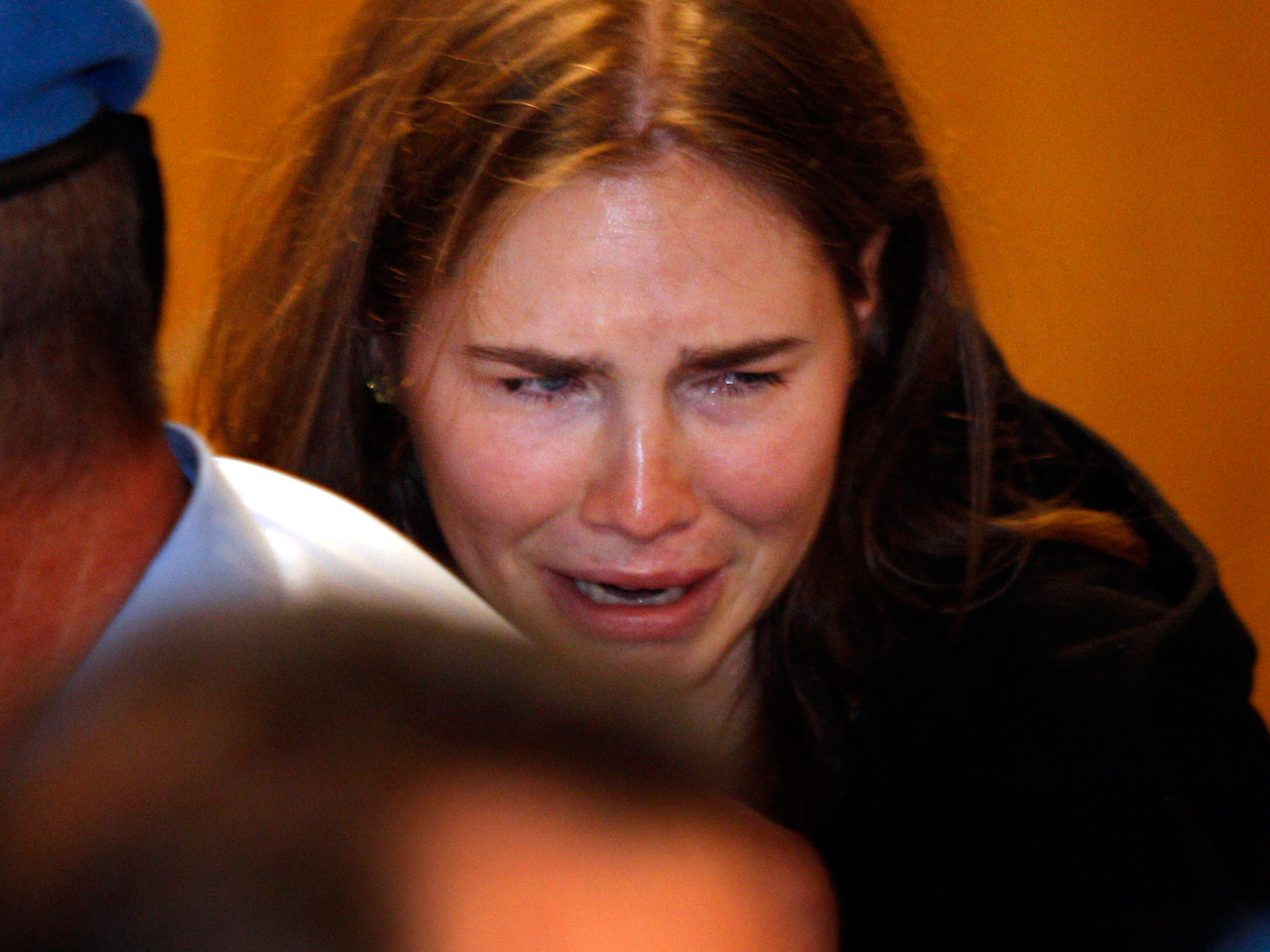 PERUGIA, Italy (AP) - Witnesses say Amanda Knox has left prison after her 2009 conviction for killing her British roommate was thrown out on appeal.

Italian lawmaker Rocco Girlanda, who has spearheaded Knox's case and is close to the American, says she and her family will leave Italy on Tuesday aboard a commercial flight from Rome.

A convoy of cars was seen leaving Perugia's Campanne prison about 90 minutes after the verdict was handed down, and witnesses reported seeing Knox in one of the cars.

Knox has said she just wants to go home, restart her life and "win back her happiness," according to a friend who accompanied her as she left prison. Corrado Maria Daclon, the secretary general of a foundation that has championed Knox's cause, drove with Knox as she left prison late Monday night, hours after an appeals court overturned her conviction for the sexual assault and stabbing death of Briton Meredith Kercher.

Daclon quoted Knox as telling him as she left prison that she just "wanted to go home, reconnect with her family, take possession of her life and win back her happiness."

Complete coverage of the Amanda Knox case on Crimesider