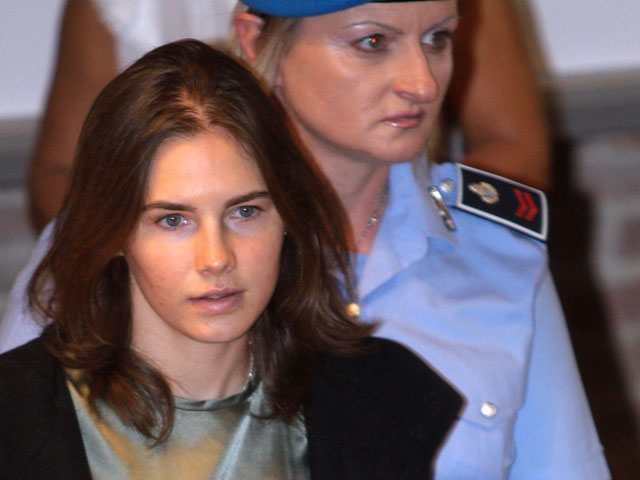 PERUGIA, Italy (CBS/AP) - A defense lawyer for Amanda Knox said Thursday that the American student convicted of murdering her British roommate was an innocent girl "crucified" by unfair media coverage which has "swept away her life."

Carlo Dalla Vedova told the appeals court in his closing arguments that Knox has been the victim of a "tragic judicial case" and has spent over 1,000 days behind bars as a result.

Knox was convicted of murdering Meredith Kercher, a British student in Perugia, and sentenced to 26 years in prison, while co-defendant Raffaele Sollecito was sentenced to 25 years. They deny wrongdoing and have appealed the 2009 verdicts.

Hundreds of reporters, cameramen and photographers have descended on the central Italian town in anticipation of the verdict.

The role of media has been a theme of closing arguments for both the defense and the prosecution. Prosecutor Giuliano Mignini has criticized what he said was media interference and an increasingly strong campaign in support Knox. Defense lawyers, on the other hand, argue that Knox has been unfairly portrayed.

"Knox has been crucified in a public square, subjected to the most sinister of speculations," Dalla Vedova said. "All, regardless of their nationalities, have offended Amanda Knox."

Dalla Vedova said Knox was a "girl who has had a tsunami, a tornado hit her. This has swept away her life."

He urged the court not to be afraid to recognize that the lower court that had convicted the two had made a mistake. "That's exactly why we have appeals - courts can make mistakes," he said. "Nobody is infallible."

Kercher, 21, was brutally stabbed to death in what prosecutors say had begun as a sexual assault. Prosecutors say that a fourth person was present the night of the murder, Rudy Hermann Guede from Ivory Coast, who has also been convicted. Italy's highest criminal court has upheld Guede's conviction and his 16-year prison sentence. Guede also denies wrongdoing.

Knox and Sollecito, who was the American's boyfriend at the time of the crime, insist they spent the night at his house.